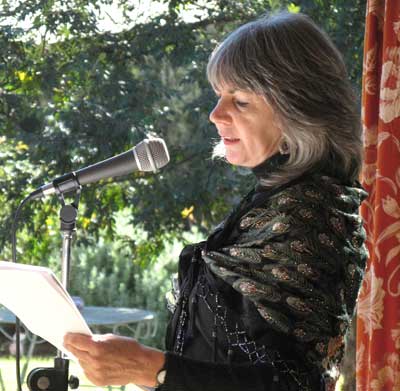 I seem to be spending much time away from the mountain, talking about my book, reading from it, and answering questions. Most events have been indoors, and some have been combined with food, like the first lunch at Wallsend Library, attended by about 60 booklovers, including writer Pam Jeffrey, who wrote the following review for The Hunter Writers Centre newsletter.

But the one at the Lavender Gate Cafe in Wollombi was the most fun, being semi-outdoors and sunny. It was booked out, overflowing with wining and dining readers. I felt like the Queen at a garden party!

Next Thursday (28th) I’ll be at the ABC Shop at Erina Fair, doing an interview there for local ABC radio at 11.30 and then signing books.

Based on her diaries and documenting her astonishing life from the 1970s to the present day, The Woman on the Mountain is a substantial and eminently readable memoir. Written in response to the often asked question of why she would live there, the book charts her journey as a young wife and mother, through a broken marriage and single parenthood, failed partnerships and now alone as a grandmother, land-owner and ‘custodian’ of the mountain. This is a task that requires the ‘man-size’ work of reforesting and tending the mountain she has grown to love over decades. 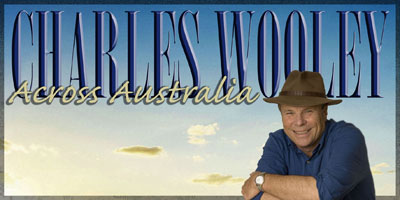 Early in May Charles Wooley interviewed me for his national radio program, ‘Across Australia’, about my book, The Woman on the Mountain. He was in Tasmania, I was on my NSW mountain, with only the still-incomprehensible wonder of the telephone linking us.

Yet he was so in tune with my book’s many layers and main themes, and so warm and funny, that it felt like we were sitting here on my verandah – just chatting. Sympatico – must be the Scottish connection!

NB: We’re having a few technical problems with the download below. Will be back with a fix asap.

You can download an MP3 audio of the interview here [1.6Mb].

You will need Quicktime to listen. It is free and downloadable here.