The day after my solar panels went on, I checked the Frogmouth tree first thing in the morning as usual and was shocked to find it empty, on nest and branches.

It was too early, the babies were too young, the book said 25 days… yet flown they were.

I was sad, bereft, felt unfairly abandoned. Hadn’t I been a good host?

I did look in the nearby trees but saw no sign of them. 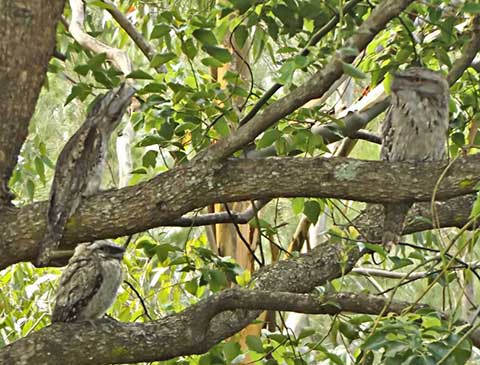 Then the next day, I heard the hum and followed it to the camphor laurel just beyond my side fence, closer to my verandah than the nest had been.

Yep, there they were! 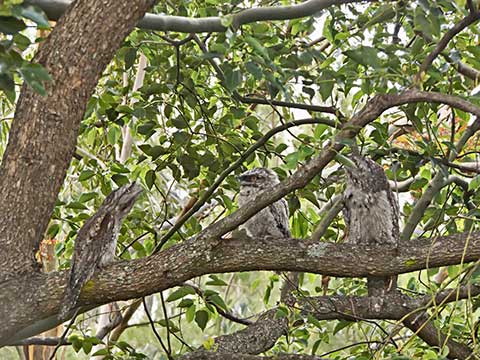 The father and the two babies, one of which was already practising the broken-off dead branch pose. The other was waddling along a nearby lower branch a little, to and fro, rather like a parrot.

And then the waddling one actually flew, not far, just to the branch where its father sat. I had realised they must have flown from the nest tree, but somehow didn’t believe it until I saw it.

It did look rather smug after the feat. 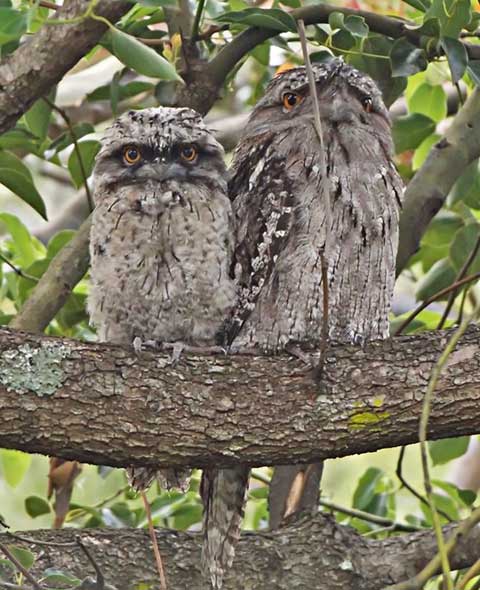 The baby waddled along the branch until it was next to Dad. It looked me in the eye as I zoomed in for a better photo. 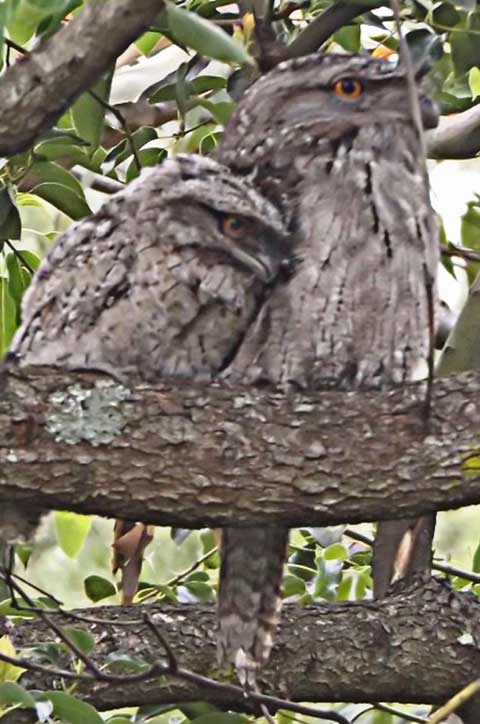 And then it leant in and nestled up to Dad, like any baby does, for comfort.

How cute was that?

I had hoped they’d use that tree as they grew, but they were only there for one day. A week has passed without a sighting.

I have spotted two in a tree once, but the young are so big now that it’s getting hard to tell young from old. I worry, why only two?

I am grateful for this reserve where there are enough safe trees en masse for them to choose from and fly between.

I am grateful I was privileged to see as much as I did of their youth.

2 thoughts on “Home is where…”