I have seen a tree snake trying to climb a water tank here. I suspect this is the same slender Green Tree Snake, made smarter by that experience.

Now it uses the ladder. 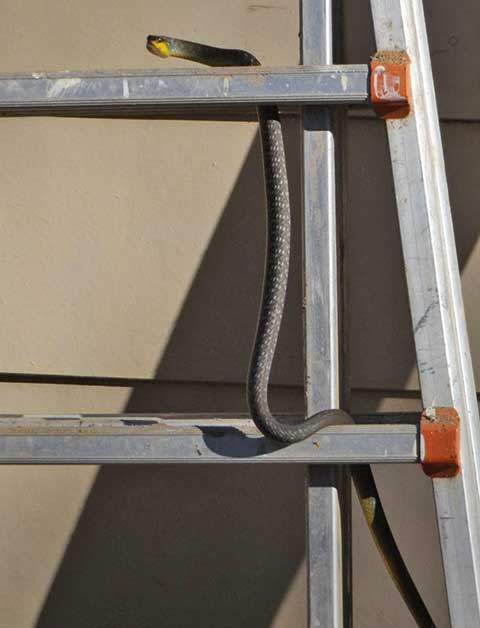 My book says that this snake will inflate the fore part of its body when threatened; I’m not sure if it was me or the ladder that it considered threatening but it was clearly fatter at the front. 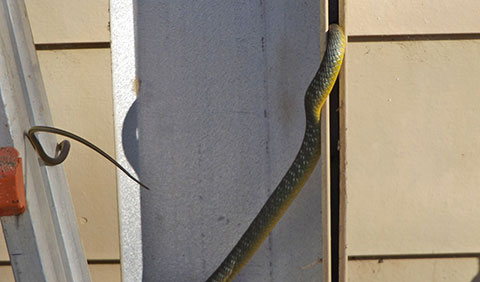 Just look at the way it manages to hang on to the ladder while investigating the old guttering leaning against the wall beside it. As unwelcoming a climbing surface as the water tank was…

My book also said that this snake can be can be grey, green, blue, brown, black or yellow, so I’m only assuming I’ve identified this one correctly. 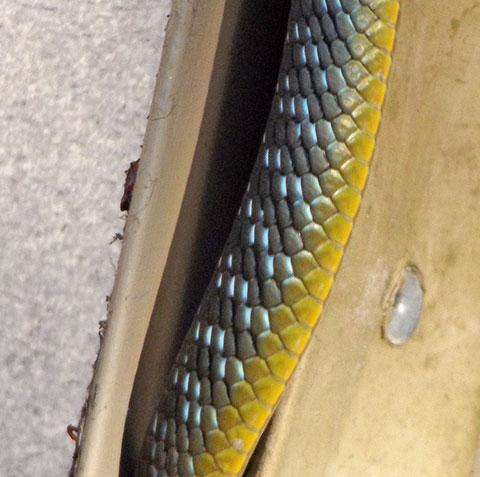 The skin between the scales is apparently most revealed when the snake inflates – blue – but this one seems dotted with blue…?