The coal train rumbled past behind Tarwyn Park, as it often does on its route to and from Newcastle’s coal port and the Western Coalfields, where the Ulan, Moolarben and Wilpinjong mines are busy trashing other valleys, other villages. But on this last day of July 2016, it seemed an unwarranted rubbing in of salt to the wound that has been inflicted here in the Bylong Valley.

Kepco is the Korean coal company that has imposed its ambition for a coal mine onto a lush farming valley, in a natural setting as stunning as Gloucester’s. The Bylong Way is a renowned scenic drive or bike ride.

And, like Gloucester, it ought to have been unthinkable to propose a coalmine here.

Kepco’s plans have harmed the hopes and histories of many Bylong families, but today we are here to celebrate, honour and mourn in particular Tarwyn Park, birthplace and home of Natural Sequence Farming — and of the Andrews family.

Peter Andrews developed his internationally respected system here, slowing the natural flows of water through this landscape so it became water retentive, as it would have been before Europeans cleared and interfered. 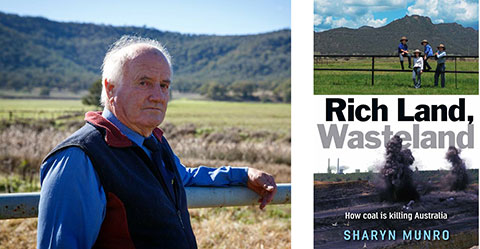 His son Stuart, wife Megan, and their sons Hamish and Lachlan were living here when I chose it as the Rich Land of the cover of my book, Rich Land, Wasteland. 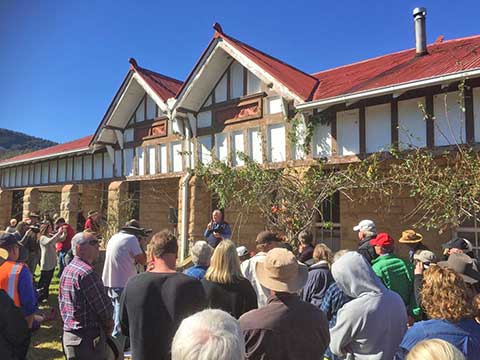 After today they no longer will be in residence; Kepco will. The fact that Kepco had set up their headquarters right next door (once a farm) always struck me as intimidating, a constant red rag, a reminder to this stressed family that ’we are bigger; we will win in the end’. 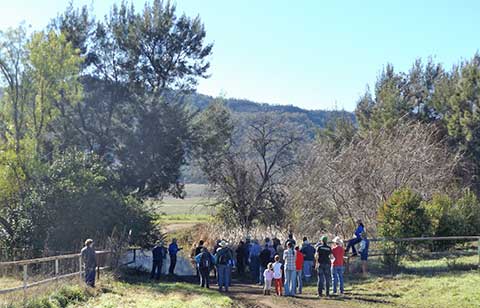 Many came to this Open Day, to see the place and hear how the system works, to sign the petitions to have Tarwyn Park heritage listed — visit the website here — to meet Peter Andrews, to show support, express sympathy… 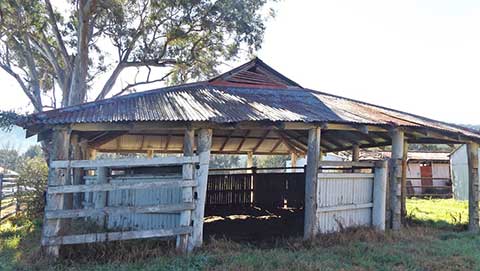 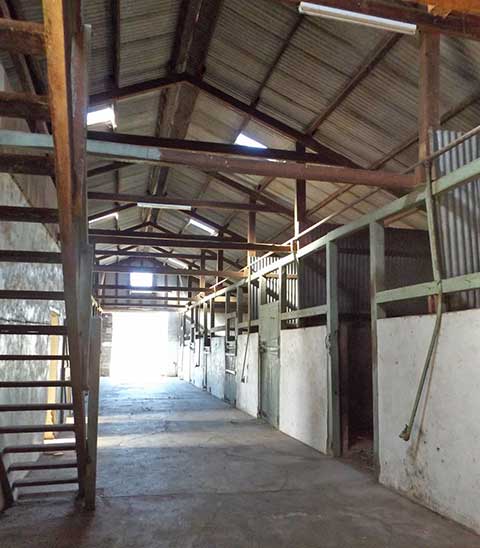 The old sheds and stables, where champions like Rainmaker were housed, reeked of history, as did the homestead. People came in from the paddocks to the homestead steps to hear Peter, Joanne McCarthy and myself speak. 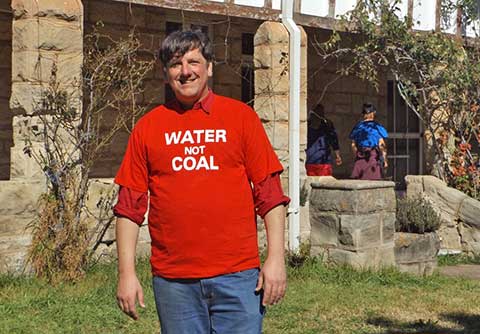 The extraordinarily persevering Craig Shaw, driver of BVPA, Bylong Valley Protection Alliance, a person for whom I have great affection, admiration (and concern), brought us up to speed on the heritage listing campaign. 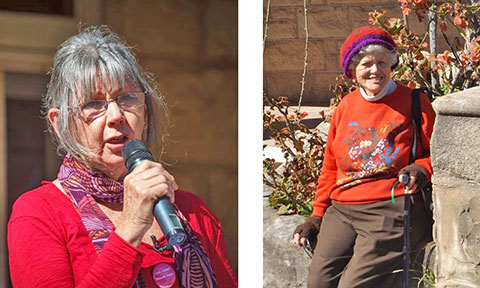 I saw many familar faces there, fellow fighters for a fair go, as these industries especially impact on rural areas like Bulga, and nearby Wollar. For example, perennial battler Bev Smiles from Wollar and some really dangerous extremists like Di O’Mara.

Di is holding a green ribbon; as we left we tied these to the row of olive trees outside the gate, to flutter in the breeze for the weeks to come and remind Kepco that we care, that we do not forget. How many rich lands must we lose to wastelands — for the dying industry of coal? 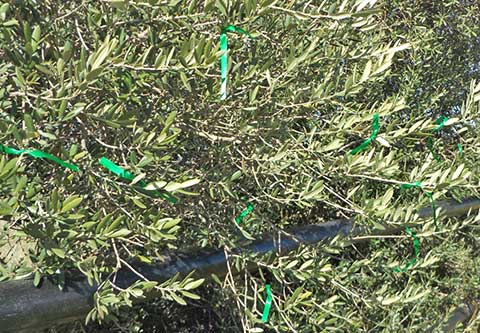 It was an emotional day for many, as we felt for the Andrews family and railed at the injustice and stupidity of any government allowing this to happen. 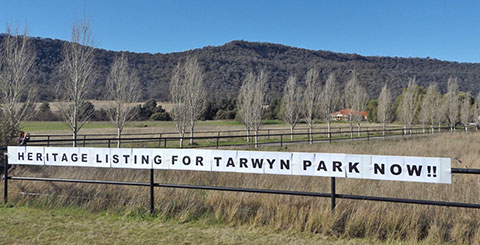