Being on the edge of the Leard Forest here at camp, apart from maps I didn’t have much of an idea of its scope and what it might lose if Mr Burke doesn’t do the right thing by it.

This morning Murray drove us around this state forest under threat from creeping coalmining.

It’s varied in height and vegetation, with trees that I’m not familiar with, like White Box, Pilliga Box and Poplar Box (Bimblebox) as well as those I know, like Ironbark, Callitris, Casuarina and Kurrajong.

It won’t matter much what’s here if Whitehaven’s Maules Creek mine is allowed to proceed, with the travesty of offsets they propose to replace what they clear here. 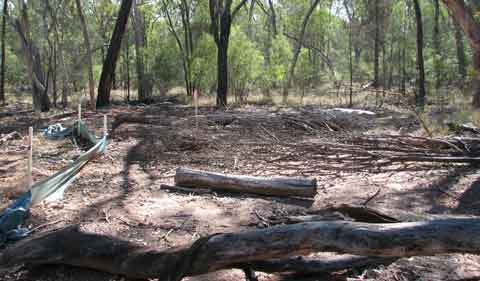 This is where they will start; it was a test drill site and this is their idea of rehabilitation. 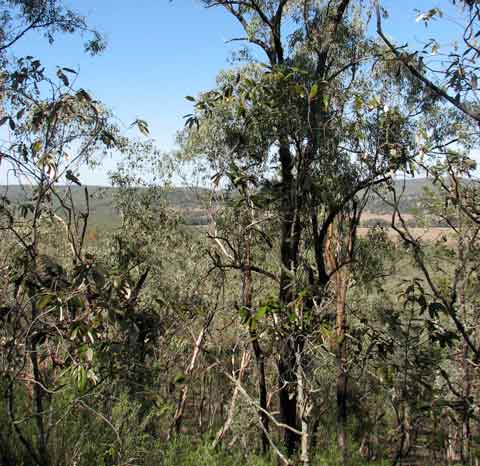 From a higher point we could look back and see both forest and farmland that are in Whitehaven’s sights. Of course many other farms (and farming families) will go if their proposal isn’t thrown out as it ought to be, because it won’t be bearable to live here then.

The noise from the Boggabri mine resumed its usual loud rumble and clank yesterday, presumably after pumping water out of the pit of several days, and after a blast that clearly still had water in the hole. 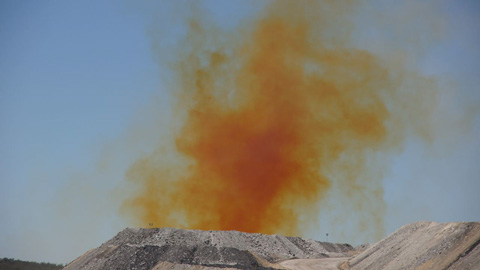 The result was this toxic orange cloud of nitrous oxides plus… (snapped by S.K. after we heard the blast.)

You’re supposed to seek immediate medical help if you’re exposed to this, as it can ‘result in delayed health effects that may be potentially life-threatening.

Low levels can lead to effects from irritation of eyes, nose, throat and lungs, coughing, shortness of breath, tiredness and nausea … which can cause fluid build-up in the lungs and further complications.

One local here told me that he and several others who were caught in such a windblown orange plume had each thought they had some sort of weird flu until they compared notes.

High levels of exposure, even in short bursts as in post-mine blasts, have impacts from headaches to coma — to death.

But today, I was on the lookout for ground-based wonders, and there were plenty, from weathered wood sculptures to lichened rocks. 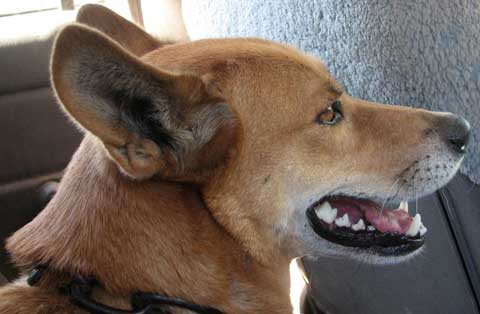 Murray’s affectionate dingo cross, Dubi, did her best to keep an eye out from the seat beside me. 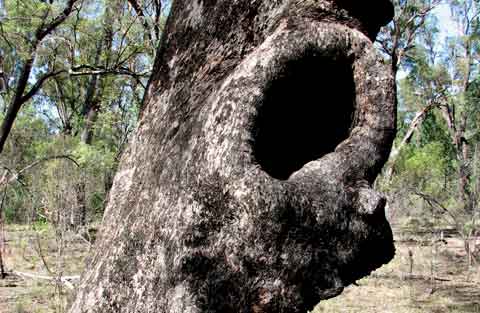 In the forest that is not slated for mining (or not yet) I saw some big old trees with lots of hollows, and I wondered how all the creatures will manage to fight over these and find a home if two-thirds of the forest is destroyed?

But that is not a fait accompli, which is partly my message when I speak here at Maules Creek Hall at 7.30pm on Friday 1st February.

4 thoughts on “Looking into Leard”