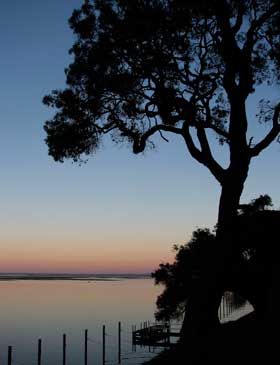 It was just on dusk when I reached Mallacoota, 23 km east of the highway. A stunningly beautiful spot, and quite a large village, but, as I discovered when I drove to the inlet foreshore, its population must explode in summer.

What I thought was just a pleasantly green and tree-edged park proved to be the largest camping area I have ever seen, with ‘streets’ of numbered empty sites continuing around the point. Hundreds and hundreds of sites. Rows of moorings edged the inlet itself. Mallacoota was clearly a boating and fishing paradise. Darkness was too imminent to explore further, but I vowed to get up early for the sunrise, thinking it would be over the sea, perhaps best viewed from Bastion Point.

But I was totally disoriented, for by 7am the sun was rising over the inlet itself. And what a sunrise! 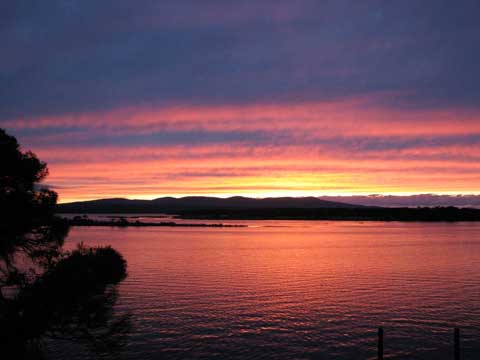 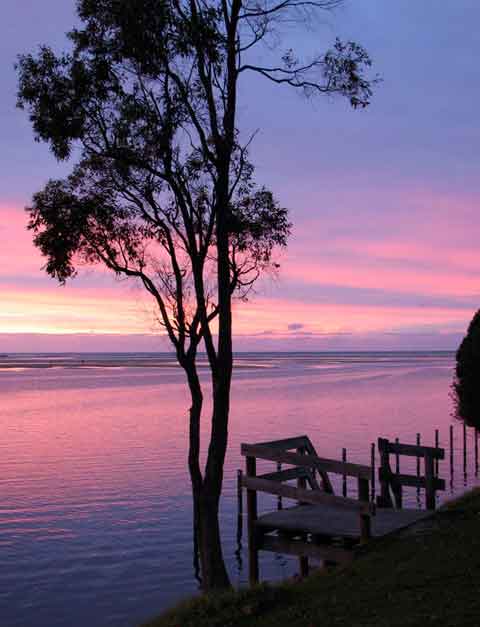 Within seconds the vivid colours had softened and, turning to where the river met the sea, I was met with almost unbelievable pinks and mauves. If I saw this on a greeting card or calendar I’d assume it had been ‘doctored’. 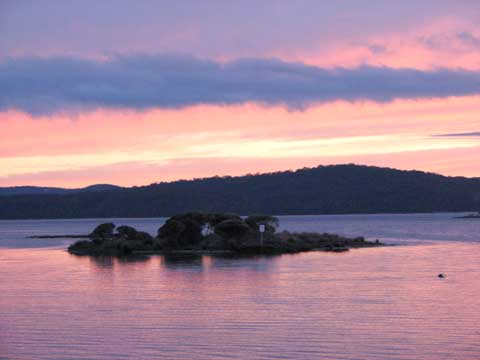 Back towards the mountains the pinks had taken hold too, with the small islands of the inlet beginning to show colours other than black.

By the time I got to Point Bastion, my original destination, the sun had risen. There seemed to be islands and a lighthouse floating in the sea — or the sky? — detached and wavering, like a mirage. Gabo Island is real, so I guess that is what I was seeing. 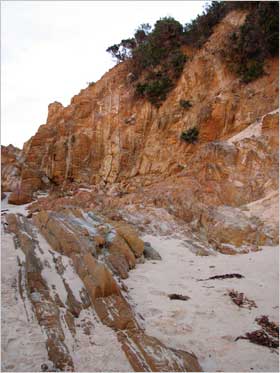 I walked around the Point itself, no easy feat, as the rocks run in long narrow spines towards the sea. I found myself walking sideways to cross them. By the time I left, there was a large yellow machine of some sort — a front-end loader? — revving up noise and black smoke, preparing to help launch several large boats. To my ignorant eyes, they looked the sort in which Hemingway types chased marlin, so I assumed deep sea fishing.

Imagine how this would be multiplied in summer. The magic of Mallacoota is best by far in winter.