North of Mudgee, the Goulburn River flows to meet the Hunter at Denman. This river has cut spectacular gorges and created world class natural wonders, as at The Drip — see my post about it, ‘Natural treasures.’

It flows through the Goulburn River National Park and some lucky private properties. I stayed at such a one — Stone Cottages — and went for a walk downriver.

At present the river here is a gentle and mainly shallow thread through sandy beaches, but I could see by the debris in the arching Angophora trees and the flattened vegetation on some banks that it knew how to assert itself when given the rainfall. But in the week the Hunter and the north coast were flooding, here we received only 5mm. 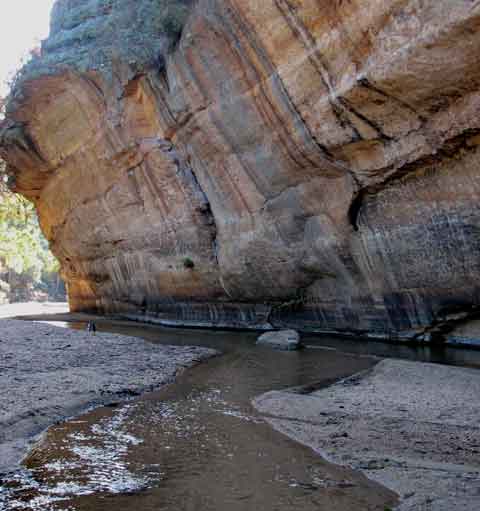 Walking down this river means that every now and then you strike giant cliffs like this one, Wave Rock, towering above the river bed. At such places you run out of beach and either wade across or climb over the top. I opted for wading after the first failed attempt at jumping. Wet boots are wet boots! 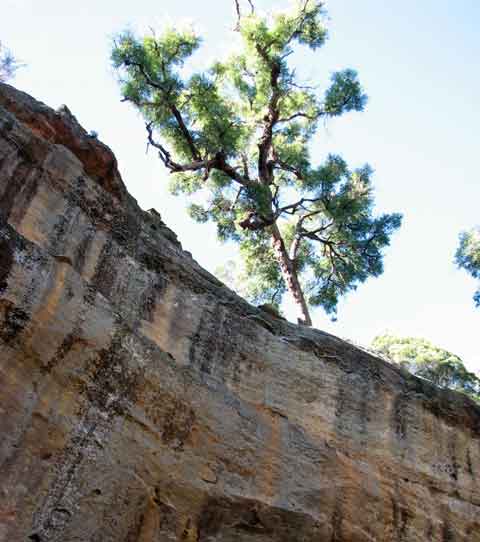 I wished the ancient Angophoras watching from the clifftop could speak of the sights they have seen over time. 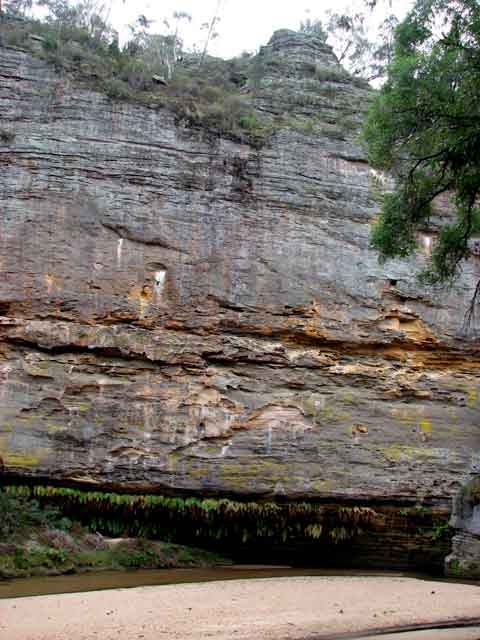 On the northern side of the river the cliffs became more striated, almost tesselated in places, and pocked with holes large and small, clearly used by perching birds.

The rugged clifftops looked like pagodas in the making, as in the famous Gardens of Stone near Lithgow, now needing protection from coal mining. You can help by signing the Protect the Gardens of Stone petition. 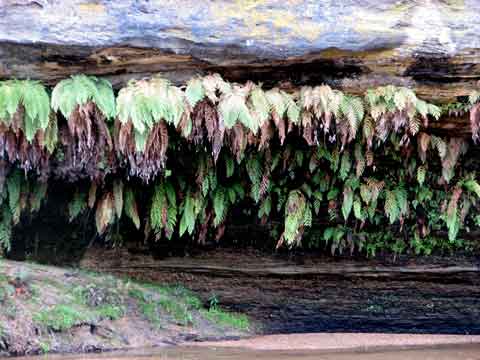 Where the river had undercut the cliff, a mini-Drip had been established, watering a sheltered hanging garden of rows of ferns.

These are just a few of the natural treasures of these gorges, at future risk from Moolarben’s longwall underground mining. Overhanging cliffs and cantilevered rock shelves may wear away over eons, but they aren’t going to cope with the sudden removal of the strata below, as already seen in the Lithgow region and graphically documented in The Impact of Coal Mining on the Gardens of Stone by Keith Muir of the Colong Foundation for Wilderness. Download the PDF here.

And for what? Profit for Chinese company Yanzhou.