In my last week at Goulburn River Stone Cottages I was taken on a walk up the Gorge towards the famous Drip, approaching it this time from the opposite direction.

This took us past giant jumbles of rocks, some midstream like beached battleships, others landed on their sides not far from the cliffs that had let them go. 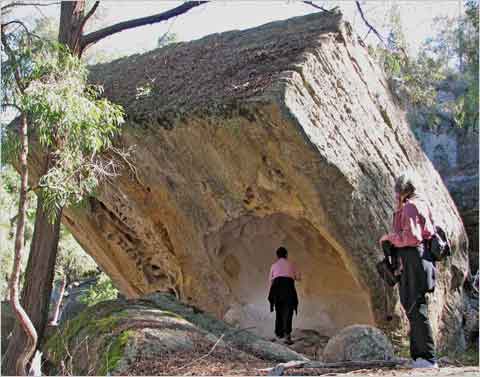 I was astonished at the amount of very straight lines, as in the edges of pools, or the mighty sharp-edged slab, a stone lamington with a nibbled-out underside. (Photo by Robert Bignell) 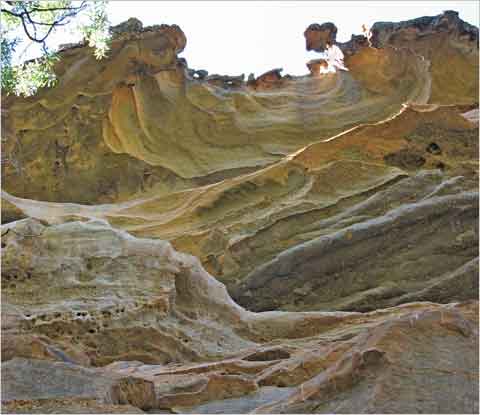 But there were equally amazing rounded shapes, curves in cut-outs, rolls, loops and overhangs, and extraordinary suspensions, created over eons. None are meant to cope with the shocks of underground mining.

China has impressive gorges too; as they don’t have the world’s best environmental record, I wonder if they plan to undermine close to them, as they do here at their Moolarben coal project, owned by Yanzhou. 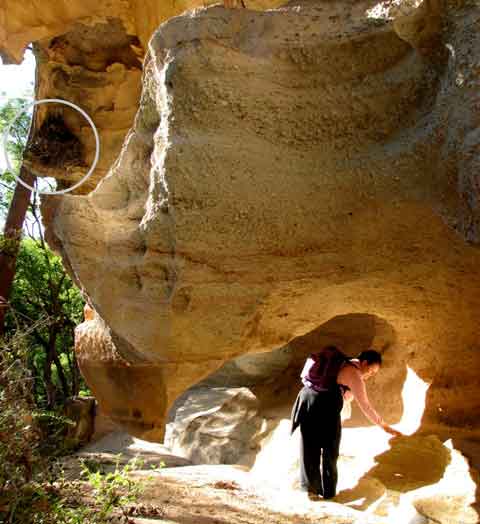 In this spectacular overhang, being inspected by my friend Gail Bignell of The Old Brush there’s a Lyrebird’s nest (circled) tucked up on a shelf. (Photo by Robert Bignell) 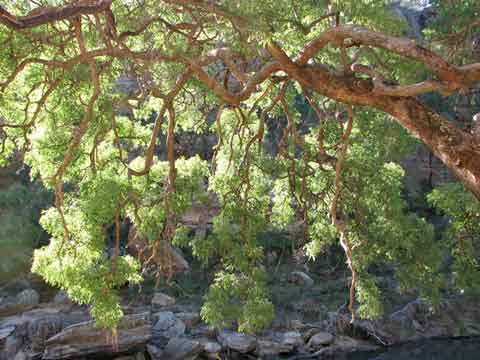 But the large old Angophoras that fringe the gorge rival the rocks in curves and add the grace of their dangling branches and leaves. As we sat under this beauty for our picnic, lulled by the river burbling past below, the peace was broken by the cries a pair of Peregrine Falcons, who flew out from their nest in the cliff opposite to chase off a Wedge-tailed Eagle.

What a special, special place.