Strong winds find weak branches on mountainside trees like mine, and I am always wary on wild days. This time I heard the crack from inside the cabin, and crossed my fingers it hadn’t landed on the track.

It had, but only the tops of the branches, so easily chainsaw-able.

Except, as they were springy and green, I stupidly got the blade stuck twice. My handsaw freed it. 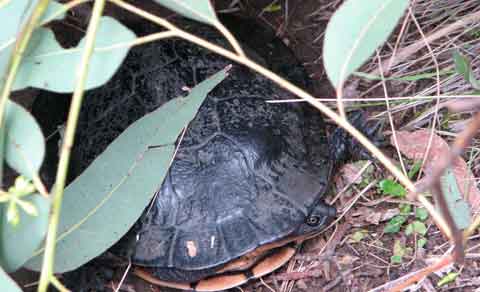 I put the chainsaw down to move the sawn branches aside, and as I cleared a space, to my astonishment I uncovered a Long-necked Tortoise, just sitting on the track, peeping out of its shell and probably equally astonished at the leafy roof that had suddenly landed on it.

I went to fetch gloves — and the camera.  It had totally tucked itself inside the shell by the time I returned, and remained so as I picked it up and carried it down to the dam. I assumed that’s where it was from originally, but where it was heading I couldn’t guess. How strange for it be there just as the branch fell — and how lucky that the heavier part missed it; even a tortoise shell can be crushed. 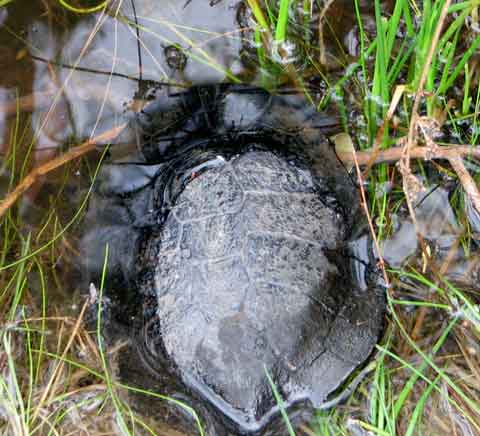 Hoping it wasn’t hurt, I placed it partly in the water.  What if it was stunned, what if it drowned? But soon small bubbles began to rise. 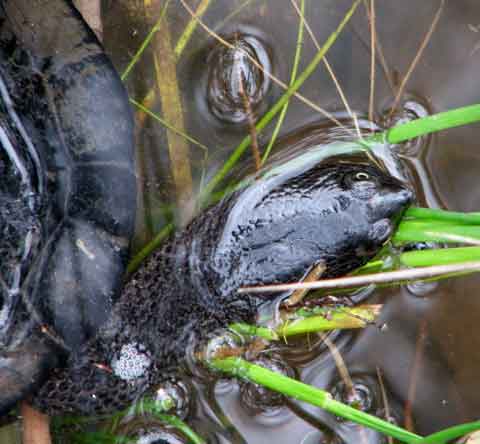 After maybe five minutes, one leg extended into the water, and then the head emerged, showing the distinctive pointed nose and bright eyes that are all I usually see in the dam. It was fine!