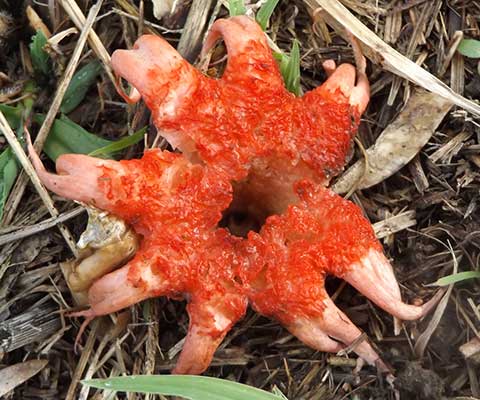 Kind of creepily flesh-like, with its pairs of pointy-toed pink ‘legs’ and that gaping orifice;  kind of disgustingly gooey, with those red wet lumps, which yet are almost like the secretions of raw wounds. 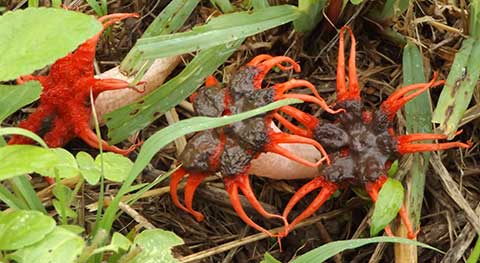 The pink fleshy stems add to the plant or animal dilemma (hence the ‘phalloid’ species). But the ‘yuck’ factor increases at this stage of its life, as its spore-slime glistens in the centres, like faecal flowers. 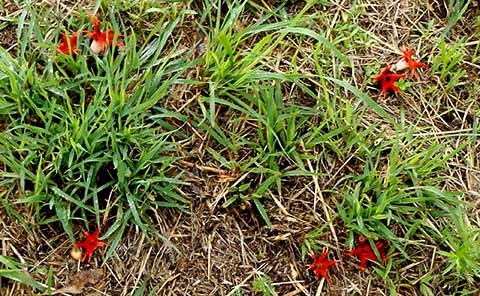 And indeed, from a distance, these fungi do look like red flowers scattered amongst the grass in the paddock. But flies, not bees, are attracted to that brown goo by the ‘rotting meat odour’ of this stinkhorn fungi, Asero? rubra,  commonly called Red Starfish, for obvious reasons. The flies obligingly carry away some spores on their feet to deposit elsewhere and spread the species.

Interestingly, this was the first fungus recorded for Australia, collected by Labillardière in 1792 beside Recherche Bay in Tasmania. He named it for its stellar shape, so why not Astero?? Typo? 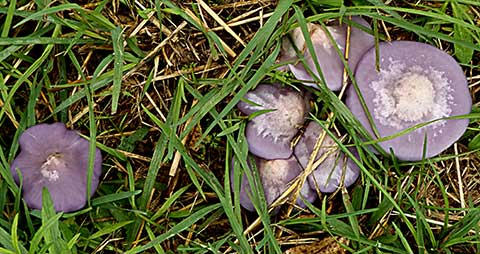 The paddock is also blooming with lilac, or mauve if you prefer, in the brief beauty of this fungus before it fades to beige.

It is also plentiful.

My winter wildflower meadow is a wild fungi paddock.