Just before I left my mountain, this beautifully fat and glossy Red-bellied Black snake  came to say goodbye and bon voyage. By the time I get back from these Tassie talks, he could well be asleep in one of his many hidey holes.

When I first got here it was warmer than my wardrobe planning had anticipated, but it soon regained that freshness and call for cardigans that I’d expected. The grassy hills around Hobart are brown, a visual surprise after the eye-aching greens of Bellingen, where I’d just been.

The first Bimblebox documentary screening was held the very night I flew in (Wednesday 27th) at the State Cinema in Hobart, hosted by the Tasmanian Greens. About 60 people came to this most civilised theatre complex (you can take your drinks in!) to see the film and hear from Greens Candidate Helen Burnet, myself and Scott Jordan from the Tarkine National Coalition.

These locals could both see the relevance to Tasmania’s issues of the coal and gas avalanche in Queensland and NSW covered by Bimblebox. I was very impressed with the articulate and well-informed Scott, and I am now hoping to get to the Tarkine when I go up to speak at Burnie (April 5th). I need to have an overview of the area in my mind, not just the rainforest images, as I am well aware it is not homogenous. 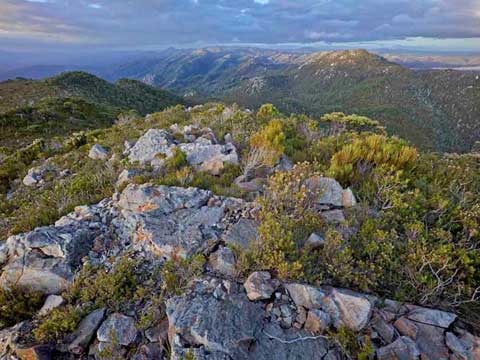 We have now seen the effectiveness of the direct action campaigns in NSW, of people power, with four gas companies suspending operations and share prices dropping; the industry is saying that only companies also with gas projects in Queensland, where CSG is more advanced and Lock the Gate less so, are likely to survive.

Tasmania is not yet overwhelmed by these extractive industries. Every battle tactic needs to be used, from legal challenges to corporate embarrassment, but I think that the Tarkine, before the first major projects start revving up, is the perfect time and place to mount similar delaying campaigns. If it’s worth conserving, as the Heritage Commission recommended, it’s worth fighting for. Echoes of the Franklin?

Speaking to folk afterwards, they also see the correlation between what they saw in the film and clearfelling. I had sensed this solastalgia potential in my Tassie research visit in 2010: ‘the equivalent large-scale corporate threat to people’s lives and lifestyles was not the coal rush coming over the hill but the tree-clearing rush’. (Rich Land, Wasteland, Chapter 14)

Even to the point of suicide, one doctor told me.

But coal and gas have not forgotten Tasmania. For example, near quaint FIngal, adjacent to historic miners of the Duncan seam, Cornwall Coal, there are newcomers, Hardrock Coal Mining proposing new underground mines with new techniques, and it is also where the BG Group holds CSG exploration leases, bought from Pure Energy, pioneers of this here.

Meanwhile I have more talks and Bimblebox events ahead, so the issues are getting a good airing down here: 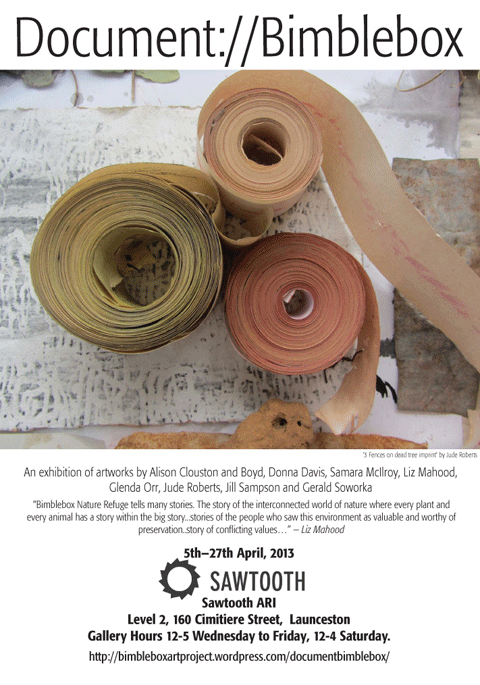 2 thoughts on “Woman off the Mountain”