You have to be quick to capture some fungi at their best. This beautiful, delicately stippled and pleated limey-yellow trio appeared one morning in my mint pot at the back door. The next day they had wilted to an unimpressive brown. 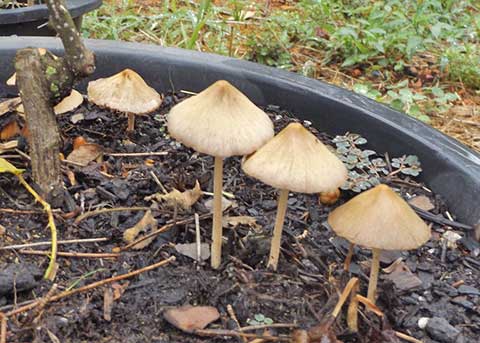 About a metre away these little Chinese-hatted soldiers had popped up in another pot. 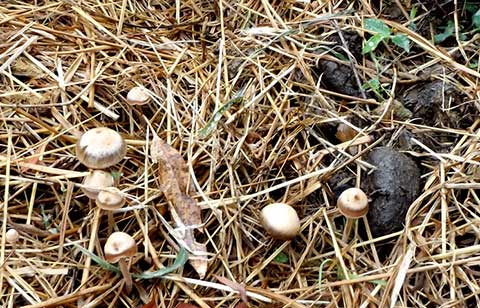 In the manure/mulch fill around the pot a sprinkling of small milk coffee domes briefly ‘bloomed’. 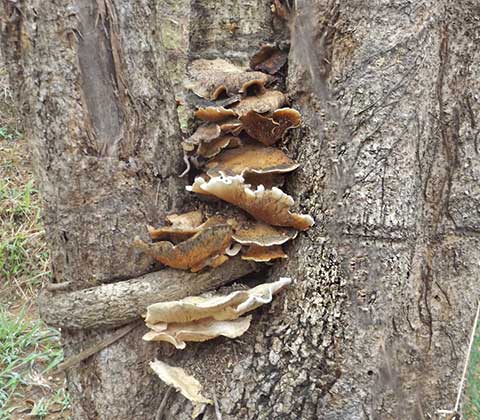 Above them, several generations were making good use of a dead stump, frilling and flaring in stages, but remaining as they dried, unlike their more ephemeral ground-dwelling cousins.