This damp but still-warm weather is clearly enticing all fungi home and abroad to show themselves.

They are the most unpredictable natural phenomena here, along with the slime moulds. I never know what surprise will pop up or where.

Like the little cluster above forcing its way out at the base of a pole set in concrete. Never seen anywhere here before!

However, they are in my fungi book, so I  think they are Auricularia cornea, with the quite appalling common name of Hairy Jew’s Ear. Not hairy but velvety. Apparently the Chinese eat them. 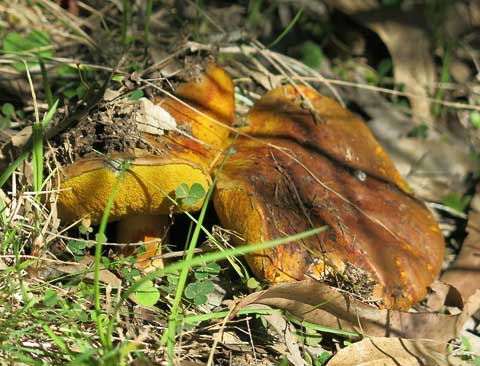 Not far up the hill were two pairs of these: fat and yellow, like Wettex-textured French toast, served with a smear of tomato sauce. They seemed to be flat-topped or even concave, but as they jostled each other for space to emerge, were rather misshapen.

I couldn’t find these in the book. 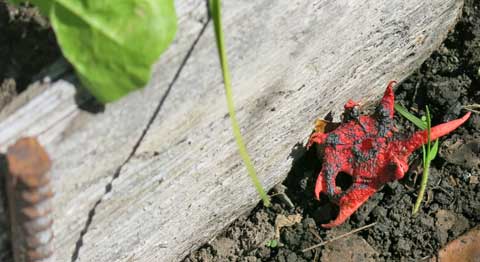 But in my vegetable garden was one I had seen quite a few times here over the decades, usually solitary. It’s the appropriately named Red Starfish fungus, Aseroë rubra, belonging to a family with the most unlovely name of the Stinkhorn Fungi. It likes compost.