In 1955 my family moved from Sydney’s west to a small farm at Erina on the central coast of NSW. Until I left to go to University in 1965, there was but one tiny post office/ shop at Erina, amidst a lot of chook sheds, orange orchards and untidy paddocks. The sole change, and a huge one for the district, had been the building of the Erina Drive-in Cinema. 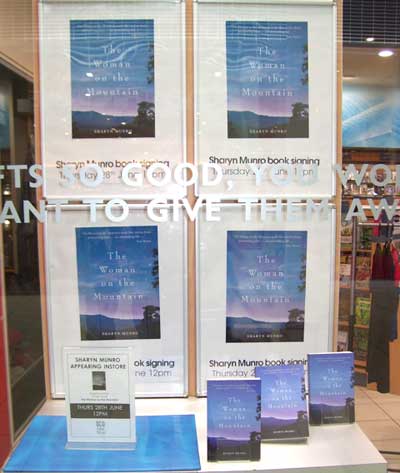 This week I returned, to Erina Fair, the largest shopping centre in the southern hemisphere when built, I was told. It had been erected partly on the site of the long-defunct drive-in.

My Dad had sold the farm and moved north when the first set of traffic lights was installed in Gosford, the main town. It was getting too busy for him. He simply could not have believed there’d ever be lights at Erina itself, let alone continuous shops and industries, traffic jams and roundabouts.

I was there to visit the ABC Shop and hopefully sign books for hordes of eager readers. The shop’s manager, Alison Brown, had made such an impressive display window that I felt I ought to be more famous to deserve it!

Scott Levi from the local ABC radio station, 92.5FM, which operates in a ‘fish tank’ in the store, did two short interviews while I was there.

It was an atypically cold and bitter day, and as the automatic doors from the shopping aisles to the outside opened and shut, people more or less blew in – and mostly past. 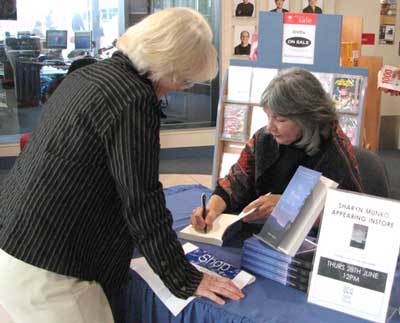 Apart from the few that were signed and sold on the day, I left a pile of signed books to be sold later. As Jane, the amiable shop assistant, pointed out, this is a very friendly shop and people often ask advice on what to buy.

Seems to me — thankfully — that there’s still a fair bit of country town attitude amidst the glitz and sophistication of Erina Fair.