I had to spend a week in the Toowoomba region lately, so I shared the time between two national parks. I wasn’t really sightseeing, as I had to work, but I prefer a bush setting for my solar powered camper/office.

Crows Nest National Park is about 50 km up the New England Highway from Toowoomba. It’s high, and ‘rocky’ is an understatement.

Huge granite boulders are stacked and tossed about in the creek and the gorge, with uprooted tree trunks wedged amongst them from past raging floods. 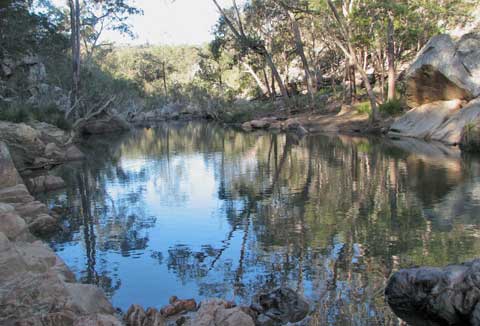 The Bottlebrush Pool looked as blue as the brave kids who’d just hopped out when I arrived. 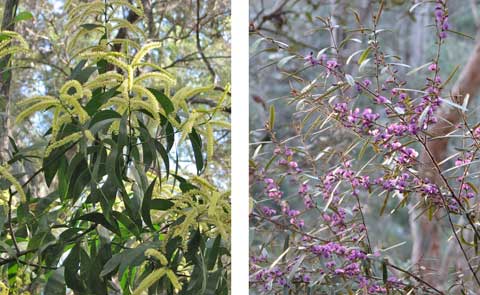 Apart from the occasional Weeping Bottlebrush in bloom, there were already quite a lot of shrubs or small trees in flower, many of which I didn’t know. Still don’t exactly, as the ranger’s promise of a flora species list didn’t eventuate.

There’d obviously been fires through some of the park, and it was heartening to see the struggling new growth at the base of shrubs and trees. There may be more rocks than topsoil here, but nature’s programmed revival is under way. 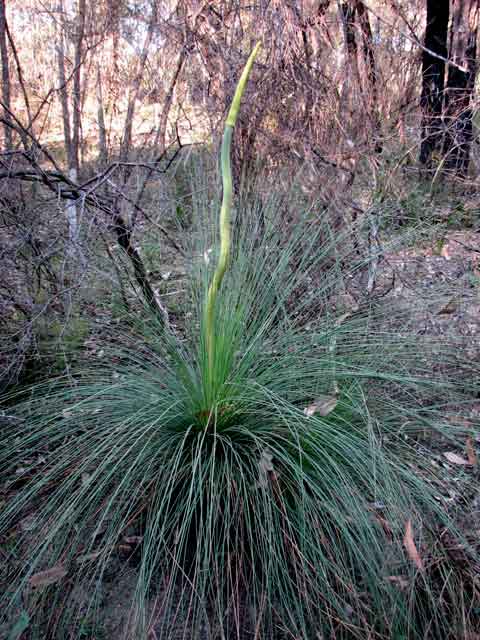 This magnificent grass tree in blossom was a stark lime green contrast to its surrounds. 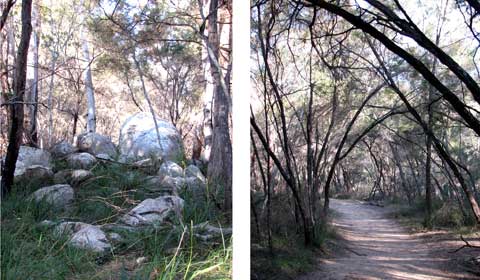 The rocks are beautifully bedecked with lichen here, and in the unburnt park, away from the turmoil of the creek’s history and the falls of the cliffs, their shapes are more gently rounded. Gentle too, are the softly curving small trees that form a matted forest, a guard of honour for the sandy path.

I found Crows Nest National Park to be one of contrasts, from the lookout over the Valley of Diamonds to the creekside picnic ground, and clearly a tough survivor.