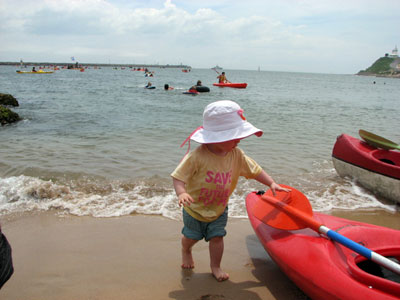 Last Saturday a whole bunch of dangerously concerned people took to the water in kayaks and canoes, rafts and rubber rings, to stop at least some of that coal leaving to further fuel climate chaos.

Ten coal ships were meant to leave that day, but only two did. 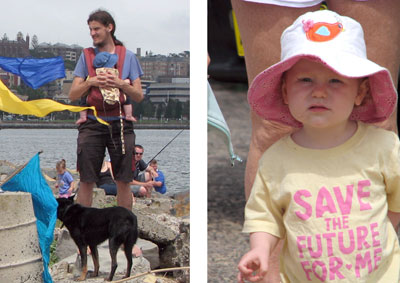 The police were out in force, on land and sea, to help protect Australia from such ill-intentioned folk. How dare they try to deflect the planet from destruction!

The long-haired organiser, Steve Phillips of Rising Tide, typified the kind of people involved: for all they knew he could have been concealing more than his son in that baby carrier.

When a coal ship actually approached, I headed out on the water with all the others, to be rounded up by police jet skis and rubber boats, so didn’t take photos of the extremely large black ship looming over the volunteer flotilla, nor of the big grey police boat that broke up the group. 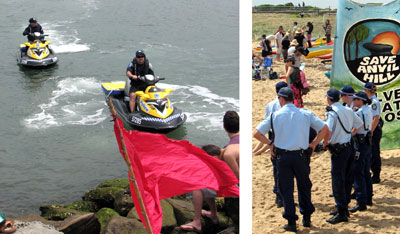 And if that coal ship did pass, at least it was slowed up almost to a standstill. The people’s point was made.