Two yellow robins, so numerous here, were happily taking turns at dips in the penthouse pool when a bigger contender landed nearby. 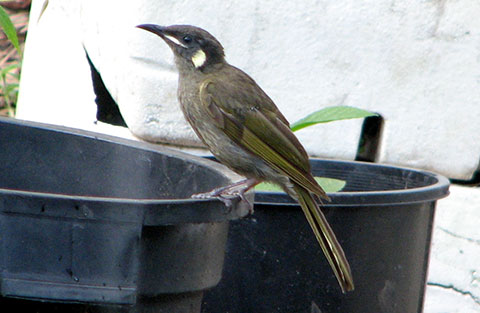 It was clearly a honeyeater, but which of the umpteen and only slightly varied choices? Typically, the one I thought it most resembled in the bird book turned out to be confined to somewhere impossibly far away, like Cape York.

So my guess is a Lewin’s Honeyeater, even though it seems less olive than the book’s picture. It is apparently ’fiercely competitive’ and it certainly was very effective in breaking up the robins’ party. 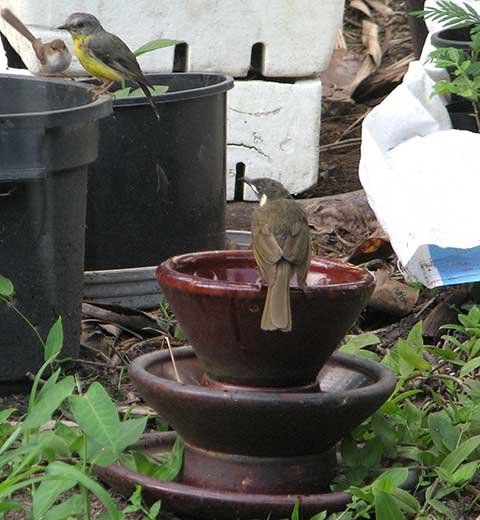 The little wren who had just landed will be at the bottom of the pecking order. 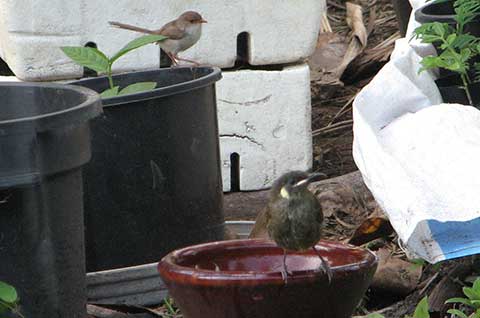 The robins gave up hope of a second turn but the dainty wren kept her (or young his) distance to wait it out.

Washed and fluffed and cooled, the honeyeater was still in possession when the phone rang, I moved, and they both took off.

I aim to have several bird baths in more salubrious and safer positions, now that I know that this is such a rich birdland.