Having decided that the sea is the real wild edge on the Tasman Peninsula, I was enchanted to come across a piece of actual coastal land that was almost wild.

A bush-lined dirt road led to a small car park for a conservation area. Beyond that the road was a dead-end. Only one parked car – a good sign.

There had been occasional gateways so I knew people lived along here, but until I walked through the sand dunes and past the stranded lagoon to the sea — I didn’t realise how lucky they were. 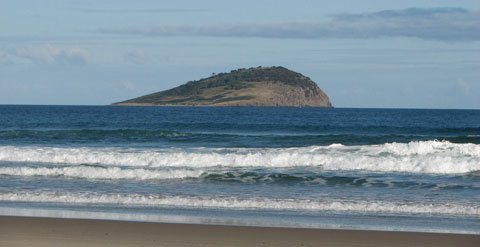 The long empty beach — footprint-free —  was framed by house-less headlands, with a hump-backed island just offshore. A solitary surfer was in the water. The beach was mine. 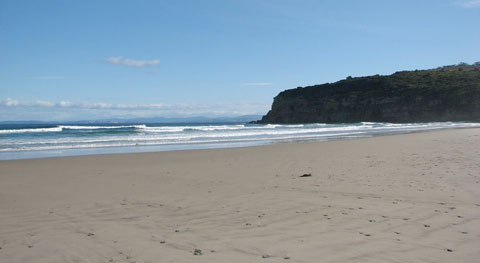 It was a most interesting beach: at the edge of the dunes odd cakes of light brown rock were topped with flat rounded stones like choc chips. The same stones were scattered sparsely over the beach, each separate and supported by a wind-drift of sculpted sand. 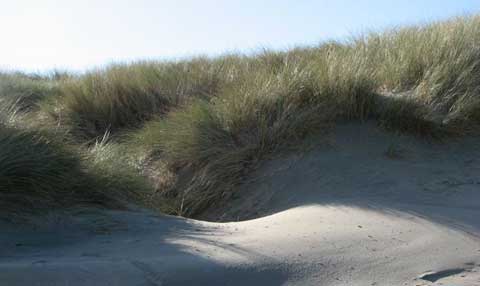 I could imagine taking long and frequent walks here, with new formations and fascinations every time. Even the grass on the dunes seemed especially silvery, but I had little time to explore their secret humps and dips. 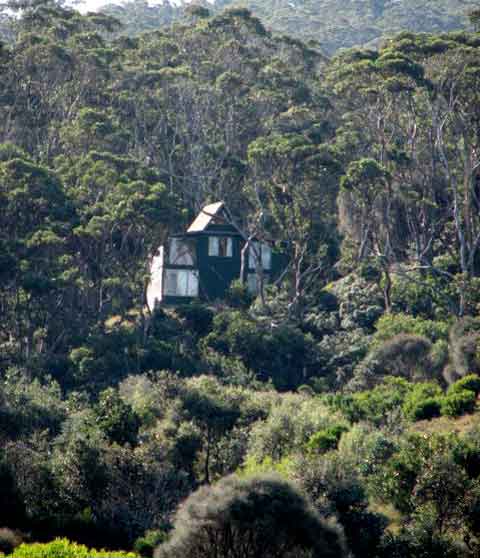 As I left the car park I spotted a house high back on a hill amongst the bush. Its entry lay off the road beyond the car park, so it was fairly private;  it had the best of both almost uncivilised edges — of bushland and sea. It was no ordinary house; it looked like its owners knew how to make the most of that special wild edge position.

I could live there.