The last full moon of 2016 first signalled its rising by an eerie backlighting of the many dark clouds that night. Then its round face appeared over the ridge, a glow through thin cloud. 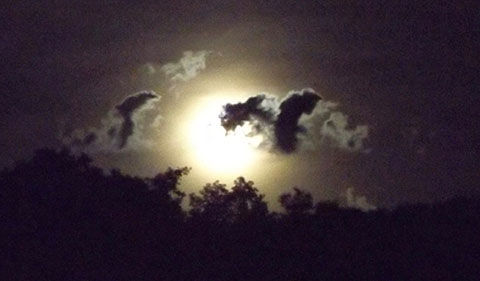 Very soon dark riders and winged demons raced across to begin to quell the growing light. 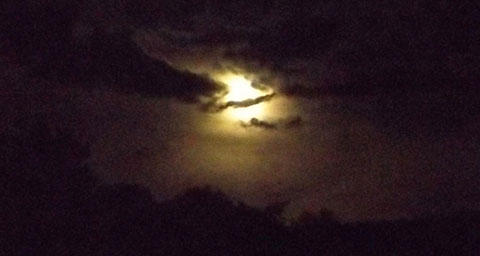 Woven ropes of clouds were flung across the pale orb until heavier clouds could be brought in to put a total end to such interference with whatever dark deeds were afoot that night.

And yes, I am a fan of Tolkien as well as Creedence Clearwater…