A second Willy Wagtail decided to start a family on my other verandah. She made such a messy job of nest building, compared to the neat cylinder of my usual family, that I decided she must be a novice nester. Not only was it sloppy and sprawling untidily over the edge, but it seemed as if she’d made two attempts.

The eggs were laid in the first attempt, where the three babies barely fitted. The weather was heating up. 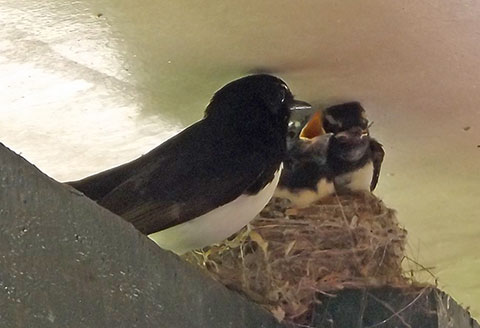 The mother had trouble fitting there herself, let alone reaching over to make deposits into the gaping orange beaks. 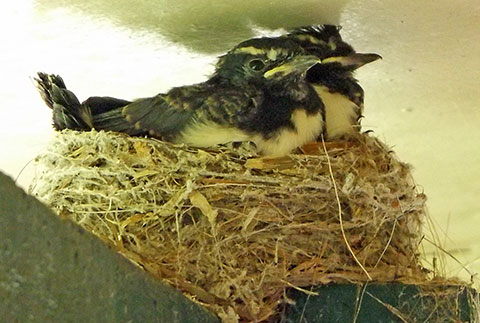 Their heads were indeed touching the eaves lining as the temperature rose. I was expecting tragedy. 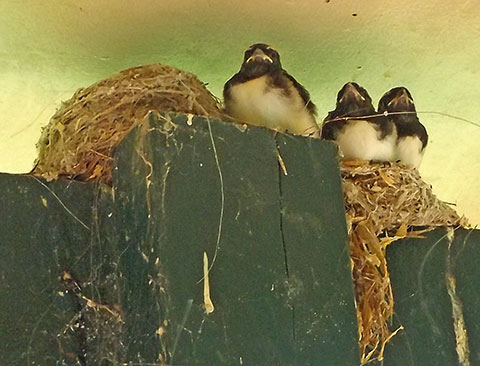 But no, they just moved out to the lower annexe, the patio, where they were cool enough until they took off next day.

Mum was smarter than I’d given her credit for.

This is the climate chaos nest adaptation design.