This is one of the larger inhabitants of Wingham Brush, a wonderful rainforest pocket reserve right near the town and the river. The Brush was rescued from being smothered by weeds and vines and now attracts many visitors to wander along its winding walkway and share its cool green world. 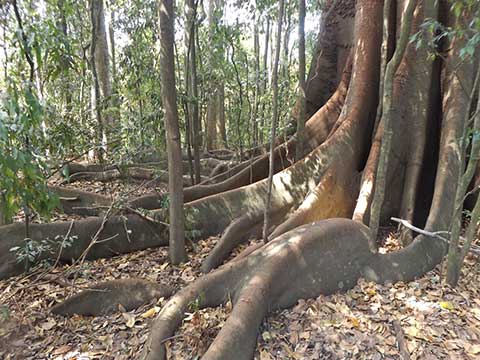 Well, I know it’s actually a Strangler Fig tree (Ficus obliqua), but my senses — intuition, imagination — say it could be a mighty sleeping creature whose sinuous limbs lie half buried in the leaf litter, reaching for what — or whom? 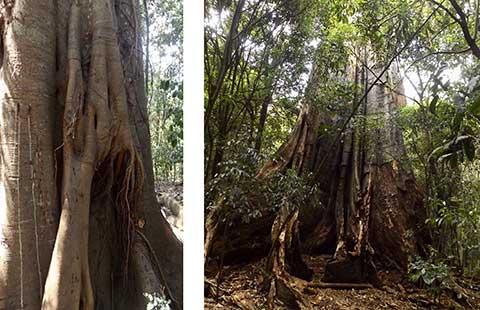 Or awaiting what or whom to cause it to awake…? And is that a pregnant one? Do Triffids breed?

These trees are a feature of the Brush, and some can be seen still in the process of strangling the host tree, its roots reaching for the ground to begin those amazing snaking buttresses. They grow on average 15-20 metres high and spread 10-15 metres and more when they are as venerable as some here, where signage says they are hundreds of years old. 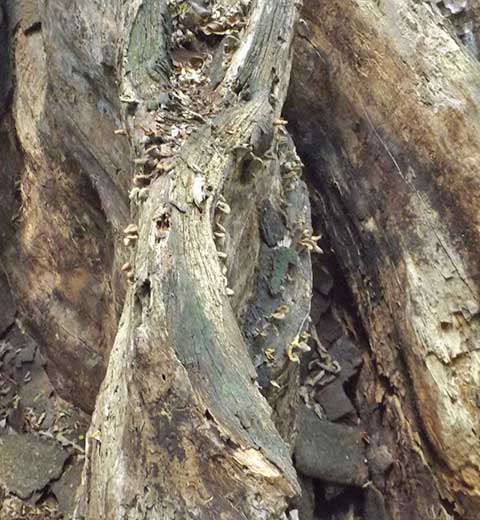 One giant has fallen, another is dead, crumbling at the base. There is a nobility in its decay, and fungi find a home as it breaks down. 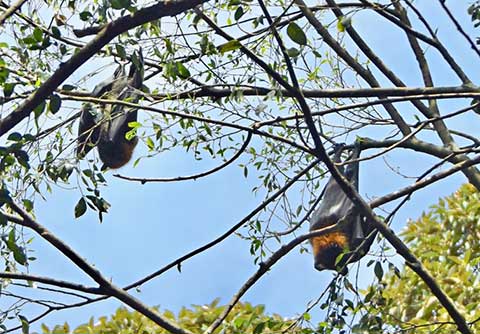 Giant Stinging Trees also live here, but the thousands of Grey-headed Flying-foxes who literally hang out here in the daytime do not seem to mind or be stung. These amazing creatures chatter and climb and flap their caped wings or drape them around themselves, suspended like strange fruit high above the walkway.

They make a lot of noise, they smell strongly, love the small orange fruits of the Figs, and occasionally drop rather messy gifts — wearing a washable hat is advisable!

If you look down instead of up, the Brush Turkeys (Alectura lathami) are the obvious kings — their queens are more elusive.

They form enormous mounds to incubate their partner’s eggs, scraping up dirt and leaves and sticks. I have watched them moving material for quite long distances to get enough to make these mounds, which average 4 metres in diameter and 1.5 metres high. As you can see, the sticks are substantial, all pushed backwards by the bird’s strong feet. 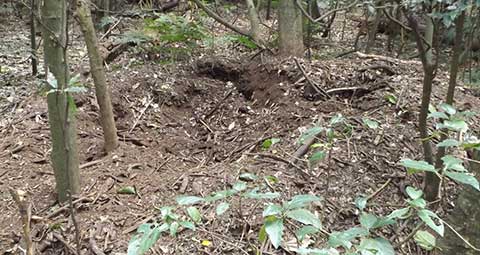 This mound seemed recently opened, so I assumed those chicks had hatched.There were some smaller birds poking about on the ground, but moving too fast for my camera; teenagers? 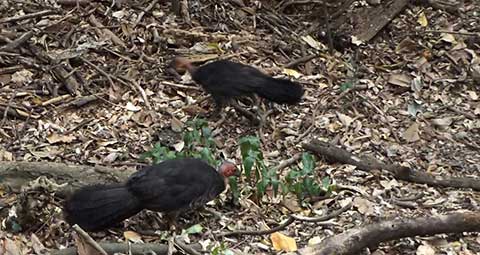 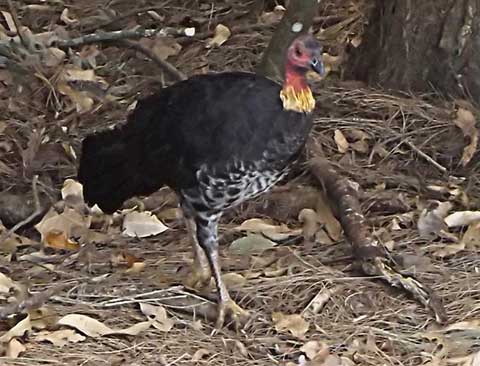 The birds are not very colourful, except for their bare red heads and necks, but the breeding males sport bright yellow wattles like ruffled cravats. No song either, although I am told they grunt. 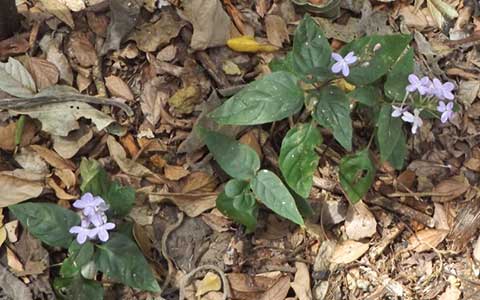 An unexpected colour amongst the brown tones of the leaf litter were these small plants, which don’t look like Native Violets to me. Should they be there? Are they native? 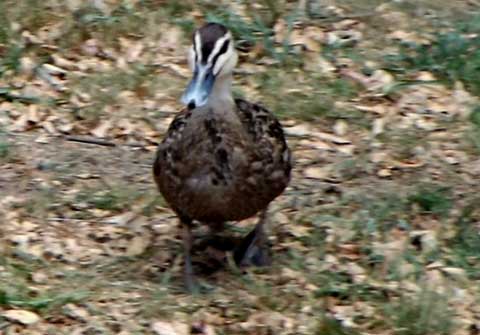 This Black Duck (Anas superciliosa) is certainly native, and would love the brackish lagoon that edges the Brush.

What a treat for me to have this oasis within walking distance!