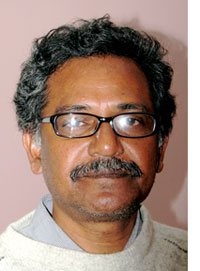 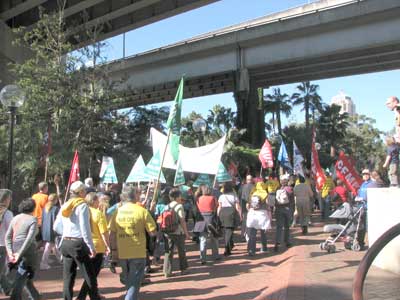 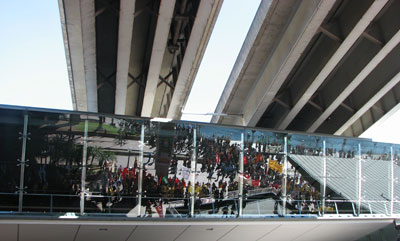 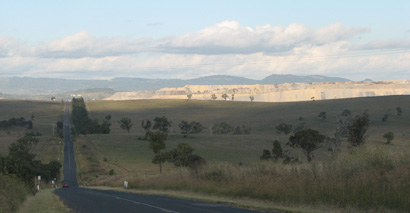 As I drove over a hill just outside Muswellbrook, I was treated to this panoramic view of the new hillscape. Highlit by the late sun, the man-made range was shown in its full brown beauty.

It isn’t brown because it’s Autumn: it’s that colour all year round, with shades of grey, depending on where the dumps have come from in that huge hole nearby that is the Bengalla coalmine.

The only change is that unlike real hills—the green sort—Hunter Valley hills keep getting bigger and more numerous. And this is despite constant loss as the winds carry the dust over the skies of the Valley—turning them brown too.

To quote from a recent industry expo supplement: ‘Open cut coal mining occupies much of the open space between Singleton and Muswellbrook.’

And they were boasting, not apologising. 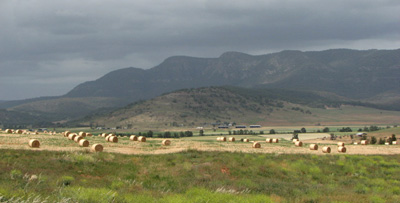 Driving through the Upper Hunter Valley lately, I was struck with the beauty of the few productive farming valleys still operating. They were alive with a variety of textures and colours, and although man-made, they fitted in with the natural beauty of the mountains beyond.

They were complementary because they were all living. The soil was doing what it was supposed to — growing plants, be they trees, grass, weeds or hay. It felt like part of the cycle of life.

This was in depressing contrast to many other places in the Hunter, where the light splotches in the landscape are not from hay or wheat, but from the artificial mountains of coal overburden, like these at the Bengalla mine near Muswellbrook, which at their edges, loom incredibly close above the actual town.

It was also in great contrast to where I’d been, just over the range in the Mudgee area, driving through other once-productive valleys condemned to mining, with the farms abandoned, houses, fences and sheds decaying, awaiting their fate — disembowelment.

The Wilpinjong mine near Wollar is only about 16 months old but it’s an ugly sight of dead country already. They’ve actually pumped dry the first set of bores they drilled, and are now drilling more and pumping from further afield. Very sustainable. 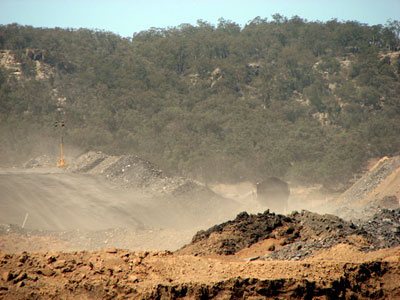 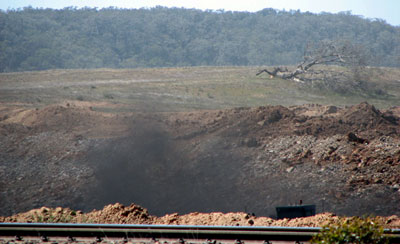 It is not near any main road or highway but is right beside the rural dirt roads along which people must still live. Pale dust from flying trucks and dumped overburdens, black coal dust from the working excavator, 24 hour noise — it was all gung-ho and who cares out there!

No doubt they would insist that ‘strict environmental guidelines’ are being complied with. The locals know better.

Flying back we passed over the Hunter. I knew the scars of the giant opencut mines were visible from space, and I’d seen aerial pics, but nothing prepared me for their scale and quantity in such close proximity, compared to any other manmade marks on the landscape over the whole trip from Cairns.

Chains of gaping holes and dust mountains. No wonder the air over Singleton and Muswellbrook is one of the worst concentrations of fine dust particulates in Australia, with 50,000 tonnes a year, compared to Scone, where, with no mines, it’s less than 1 tonne a year.

Mr Sartor’s approval of the 2000-hectare Anvil Hill opencut will ensure it is the absolute worst. 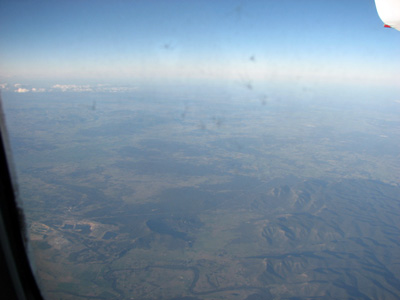 The Hunter is choking on coal. That’s why the air there is brownish grey and that’s why this pollution layer marks our entry into Hunter skies.

And now he wants the Mudgee area to go the way of the Hunter. To add to the sufferings of the people near Ulan and Wollar with their existing mines, he’s approved Moolarben, insanely close to the Goulburn River: two open cuts and a long-wall, using over 6 million litres of water a day to wash the coal.

But hey, who needs water — or rivers? Or fresh air?