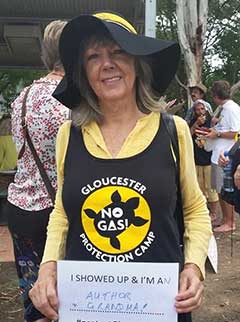 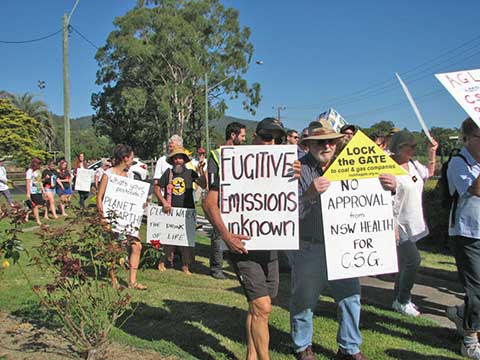 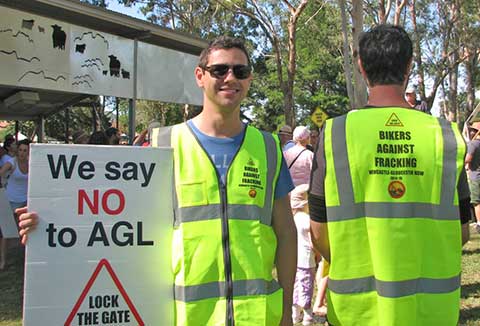 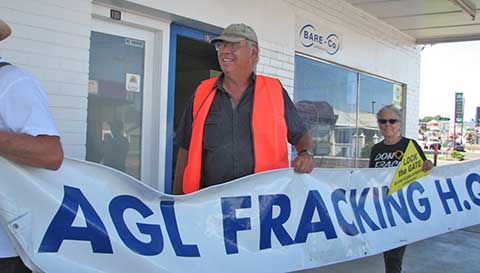 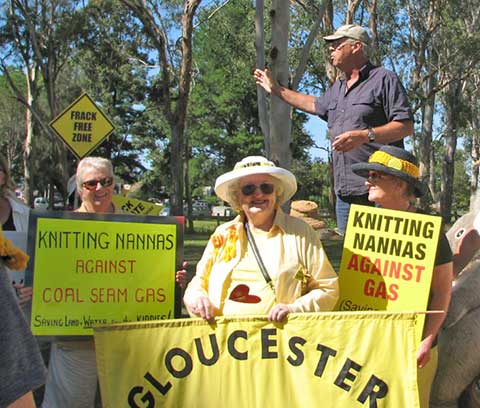 The online environmental magazine G-Online is worth a visit — it’s full of information about sustainable living, including gardening, cooking, health, travel and family matters, with useful hints and ‘Ask G’ links for your questions. G-Online’s Kate Arneman has posted a review of Mountain Tails — read it here — and you can also give the book a rating.

My next Country Viewpoint, ‘The Big Wet’, will be broadcast on ABC Radio National’s Bush Telegraph show on Thursday 22nd May at 11:55am.

Snaky Summer, my next Country Viewpoint, will be broadcast on ABC Radio National’s Bush Telegraph show on Monday 28th April at 11:55am.

This year the Seed Savers’ Network held their conference in rural Gulgong, near Mudgee, a world apart from Byron Bay, where Seed Savers is based.

That didn’t prevent many stimulating topics, like genetically modified foods or climate change farming, and ideas thereon, from sparking up the delegates. Seed Savers do a great job on many levels — have a look at their website. 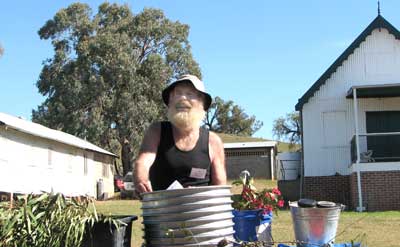 The local Seed Savers branch organised it so some speakers were local, like Mike and Sue Pridmore, who collect and sell native tree seeds. 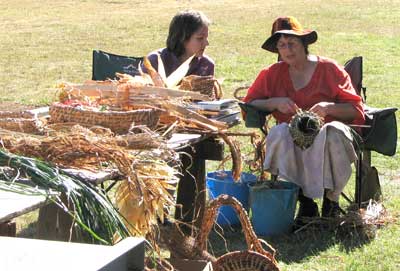 Sue also makes beautiful baskets from just about anything that once grew. As Mike is also an ex-potter and renowned mud home builder, you could say they are truly in touch with the earth.

But the unique part of this conference was the Saturday night entertainment, when the Mayor, and then his old mate in the cowboy hat, recited or sang their own and other’s ditties — unaccompanied. Henry Lawson would have been impressed. 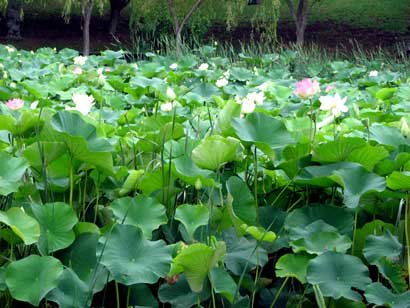 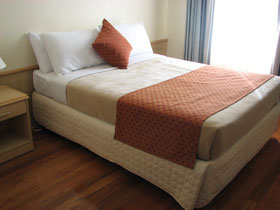 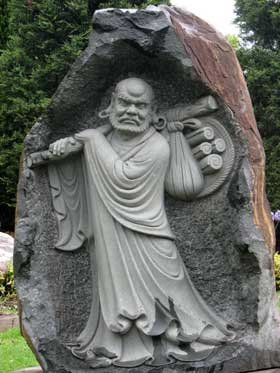 If ever you’re passing through Wollongong (NSW) do stop in at the amazing Nan Tien Buddhist temple just south of the city.

Defiantly built right beside the freeway and towering above the industrial area of Port Kembla, perhaps to heal its surroundings, and facing the distant mountains, this is a beautiful place of terraced gardens and lotus ponds, dotted with statues of cheery bald buddhas, fat but impish baby ones, and scary old men with gargoyle eyes.

The exotic buildings and temples are elaborately decorated and include a teahouse for visitors.

Most people are day visitors, but the lesser-known treasure is the Pilgrims’ Lodge, where for less than youth hostel prices visitors can stay overnight in stylish motel-type accommodation—fluffy white towels, the lot!

There are shared basic kitchen and laundry facilities for guests to use too.

Meals are extra, and I didn’t enjoy the Chinese vegetarian fake-meat type of cuisine much, but you might. I’ll be staying there again, but eating out. 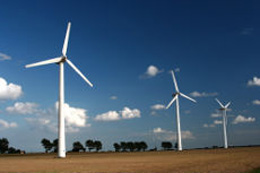 I have added links to two sites worth visiting: