After a week of rain, cabin-bound except for squelching dashes to get wood, it was a treat to be able to walk about outside.

While the cloud was keeping its weeping to itself, it was hugging the ground, reluctant to depart.

But still much easier weather for a perky kookaburra to keep an eye out for grubs on the move or emerging worms. 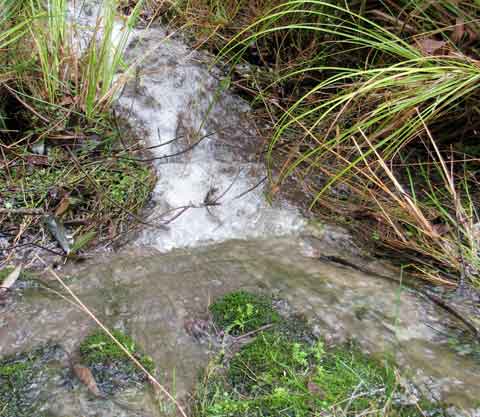 My dam overflow gully was running like the stream I wish it was, gurgling over rocks and bringing the moss to its brightest, greenest velvet.

When we first moved here in the 1970s, living in a tent, we got our fresh water from this springfed ‘stream’ for weeks. 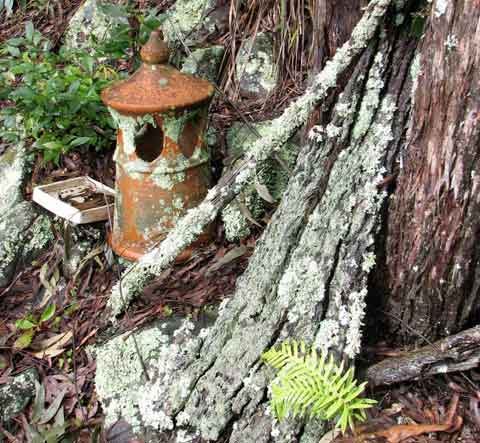 But it’s not only the moss that loves the damp weather. The lichens are positively leaping into prominence from their encrustations on rocks and bark and whatever else will stand still long enough. They add cold colour, icy greens that shade to white and mimic coral.