The other Saturday night Nature gave us what used to be known as ‘a dump’: 150mm of rain in one storm.

The sight that greeted me in the morning showed we’d had a lot of rain even before I checked the rain gauge, which overflows after 150mm, so we may have had more.

The little creek had come up and over the flats, and on its way had cleaned out the brush to the extent of depositing logs and branches and greenery all along the fences, enough to render the fence horizontal in several places. 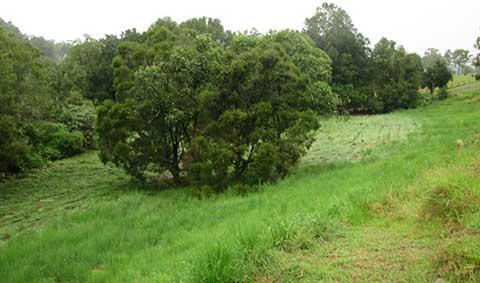 I could see that the flood had risen higher before dropping, as the long grass on the whole creek flat had been levelled and raked — stangely, in rows — by the force.

The horse paddock had lost its bottom corner, but that was still under water; surely no horse would walk through a flood and over a four-wire-laid-down fence? 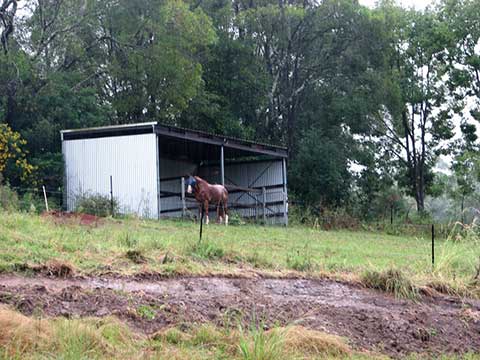 Just in case,I checked; sensible Clancy was standing up near the stable on drier land. What a relief!

Ten minutes later I had a phone call asking if I’d lost a horse.

One answering to Clancy’s description had been sighted well down the road, munching by the roadside and chatting over a neighbour’s fence to their horse.

A rescue and recovery operation went into place with help from neighbours and Clancy spent the morning in a set of cattle yards until his owner, my daughter, could get here. Then, for his boldness, he spent the afternoon in the stable until she and her husband could re-erect the electric fence on slightly higher ground.

He had indeed done the unlikely, and a large tree trunk had lifted the bottom external gate off its hinge peg, so he saw Freedom.

Talk about seizing an opportunity.

I felt like he’d just waited for me to check – to call the roll – and then off he’d gone. 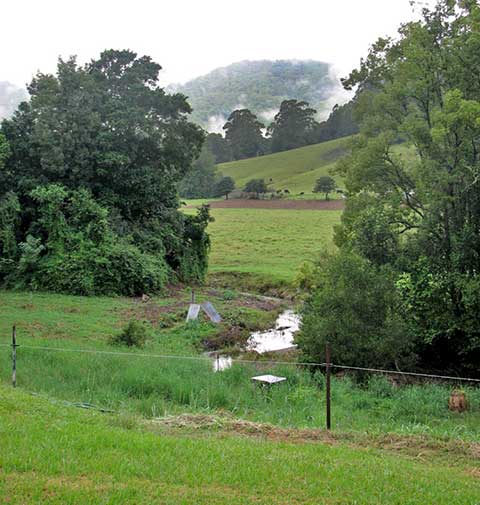 The water has receded; the creek has been redesigned and redirected along much of its length. The sheets of galvanised iron that used to hang from the wire where the fence crossed the creek were lying in my paddock; we’ve just propped them up so the farmer can see to re-connect them.

The rationale for their visual blot on my view had been that they would float and not be broken by logs like wire would, hence allowing the cattle in…

An extra electric-fenced paddock below the house has now been created for Clancy, so he should be too busy eating to think of indulging his wanderlust. Or his Houdini talents.

But I keep checking — just in case.