Recently I attended a Rivers SOS conference at Booral near Gloucester. Rivers SOS is an alliance of 40 groups from all over NSW committed to protecting the integrity of river systems and water sources against the impacts of mining.

On Sunday we were taken on a tour of this beautiful, well-watered area, under grave threat from the expansion of the two coalmines in the district. It’s hard to get a peek at the so-called ’boutique minery’ of Duralie mine, tucked away from the main roads as it is. But they’re expanding way beyond boutique, and if they get their way it will be all too visible.

Many farms, like the one below, have already been bought up for hard-to-resist prices; across other paddocks we could see dozens of test drill pipes under their white caps.

This region is watered by pristine rivers and creeks that rise in the nearby World Heritage sub-alpine Gloucester and Barrington Tops. And yet the mine wants to discharge its toxic waste water into these streams.

They call it ‘irrigating’, which means indirect discharge, as the waste will just take a bit more time to reach the rivers as it enters the many gullies and watercourses of the river flats and slopes they want to use for this (below). 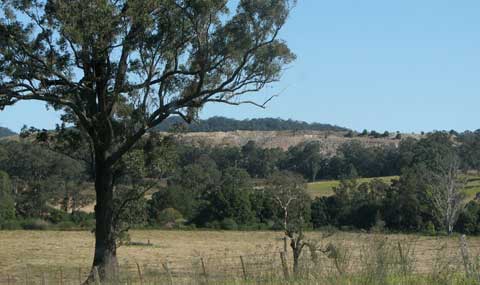 These gullies run into Mammy Johnsons River (below), which flows to the Karuah River and thence to the tourist and marine environment mecca of Port Stephens.

If beauty like this doesn’t matter, with water becoming such a precious commodity, it has to be an obscenity to consider mining this area which is also blessed with fertile soils.

We can’t drink or eat coal. 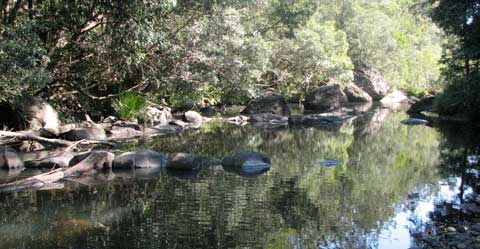 But the mine’s plans to wreck their area are being fought all the way by the very tenacious and passionate locals of the Johnsons Creek Conservation Committee (JCCC), supported by the Barrington-Gloucester-Stroud Alliance — and by the umbrella group of Rivers SOS.

The founder and mainstay of JCCC for over a decade was the late, much loved Mavis Tersteeg, who lived right beside Mammy Johnsons River and now rests there. But her baton is being firmly carried forward by others.

The paradise of the Gloucester region is not going to turn into the dusty, polluted, uninhabitable devastation of the Hunter if these battlers have their way! 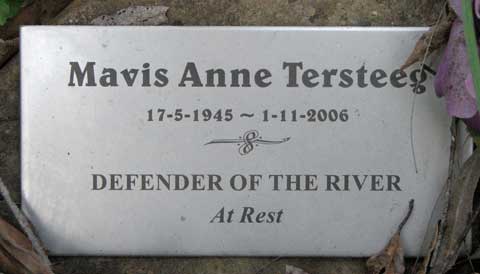 For the wider horror picture, do take a look at this blog entry at Real Dirt.

As well as Rivers SOS own website, which will now be a permanent link from my site.

7 thoughts on “Paradise under threat”