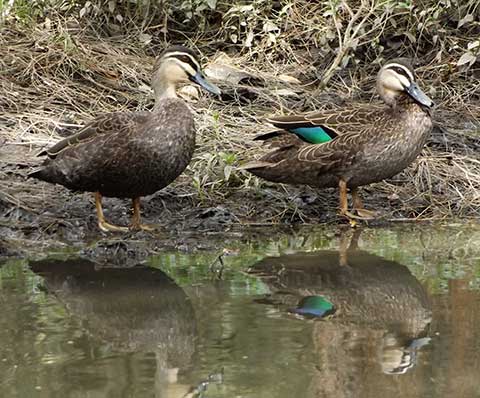 My adjoining wetland has had no wet flowing into it for ages, and the larger pool was pinkish and abandoned by the ducks because it was too dry. Rubbish was the main occupant of the various dips where swamps or pools used to be. 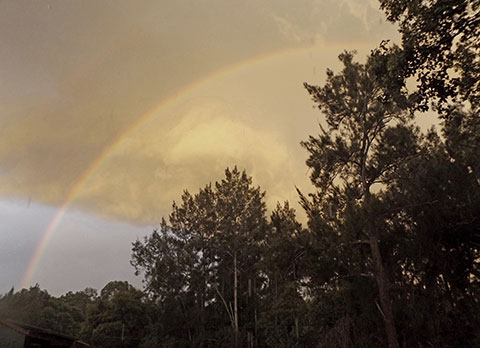 Then last night we had a little rain — and a rainbow!

Naturally, next day I went down to see if the birds had gone back yet. No, but they had found a smaller pool — or a bigger puddle — and were happily ensconced there.

The two beautiful Black Ducks above were there. 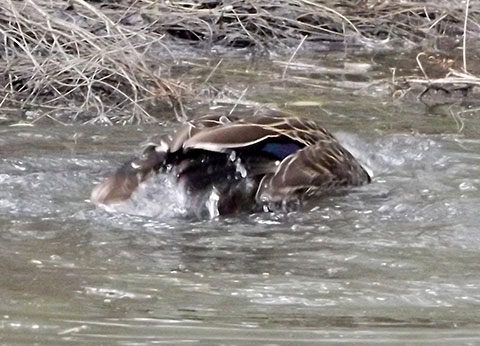 One stayed on the muddy edge — on guard? — while the other splashed and dabbled and ‘upped tail’, fully immersing to be the cleanest duck around — if such muddy water could do it. The sexes look the same, so I had no idea who was guarding whom. 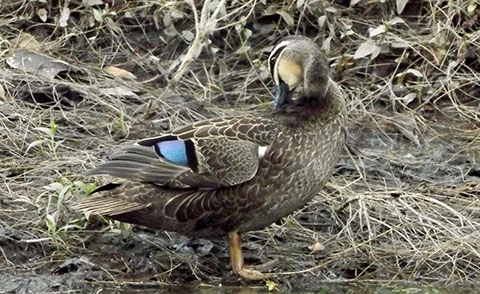 When the swimming duck came ashore, it set about busily cleaning under its wings, showing the striking flash of colour of its operculum. My book says it’s ‘glossy green’; I had described it as turquoise and emerald but I can see here it also has a lilac edge. 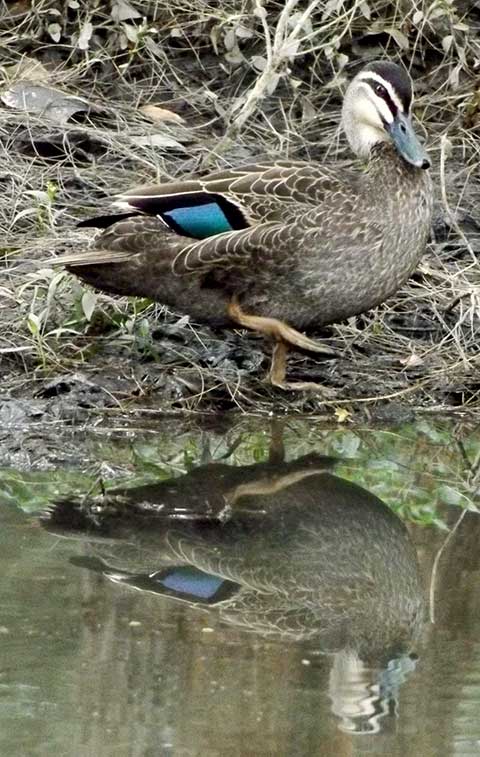 What a stunning surprise in such a tailored brown bird — like flashing exotic undies…!

But the Ducks weren’t the only waterbirds to be using the newly added water. 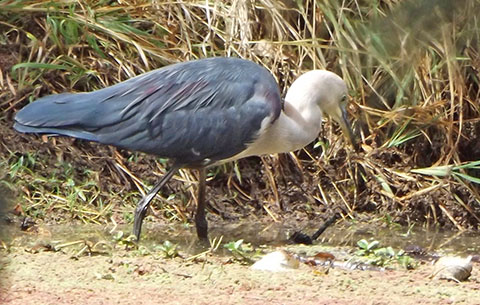 A White-necked Heron was patrolling the far edges of the adjoining puddle. More wary of me than the Ducks, it several times flew across to the other side… not wanting to get its feet muddy? 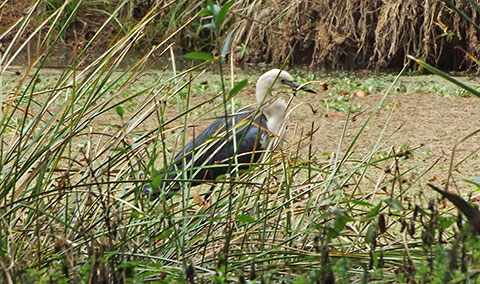 I no longer have a rain gauge as I did in the country, so I will have to go by the wildlife’s use of the puddles/ponds/pools as to whether we have had enough rain for their lives on the big pool to resume.