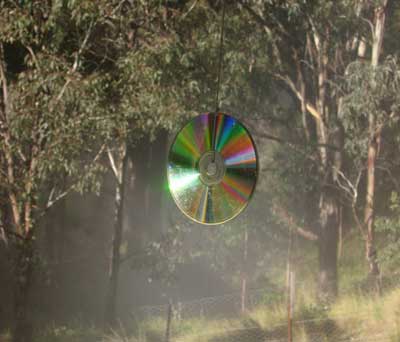 Not being very technologically savvy, occasionally I ruin a CD, the non-rewritable sort, by accidentally copying the wrong thing.

Rather than waste the disk, I collect them, in twos.

I tie each pair together, back-to back with cotton.Then I hang them from the verandah rafters, theoretically for the amusement of my grandchildren. They spin and catch the light beautifully.

But the other day one caught a rainbow. It was late afternoon, the day had been damp and misty, but the clouds were lifting at last.

First the disk itself trapped the colours as it spun. I was entranced. 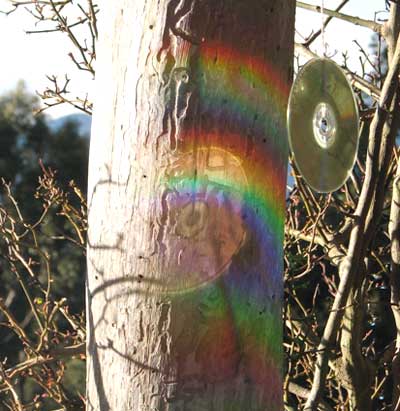 But, minutes later, it was reflecting a round rainbow on to the scribbly gum furrows of the verandah post. It looked like a projected colour film of hieroglyphics.

Talk about the light fantastic!