Stonework always fascinates me: the intuitive precision of its craft, the colours and textures of the stones themselves, the patterns they make, the beauty and functionality of what man can make of natural materials. In the case of stone bridges, the engineering skills of the past demand respect.

In Tasmania I saw two extreme examples of this. 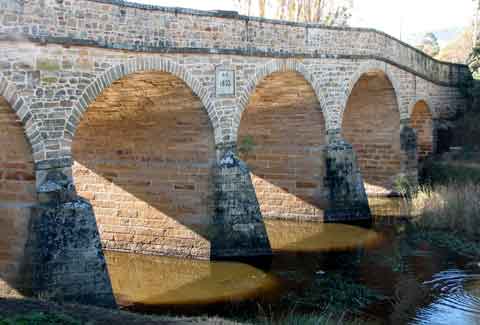 The first was at Richmond, a village so full of real — i.e. not gingerbread reproductions — colonial buildings still in use that it ought not to have been a surprise that the road out of town crosses over the oldest known large stone arch bridge in Australia.

It took the convict workers just seventeen months to build it, by hand, from local sandstone. Spanning the Coal River, it was completed in 1825. The proportions are gentle and satisfying, and the bridge looks as if it will last another 175 years, even more of a postcard favourite.

But the day I visited, the ambience was less than gentle. A colourful flock of ducks swam about under the bridge, where the acoustics were excellent for amplifying their incessant quacking and honking.

I walked under the low footpath arch to get a closer look at the culprits. They are Mallards, an introduced European duck that has settled far too well in south-eastern Australia, as it is overwhelming our native Black duck by interbreeding with it. 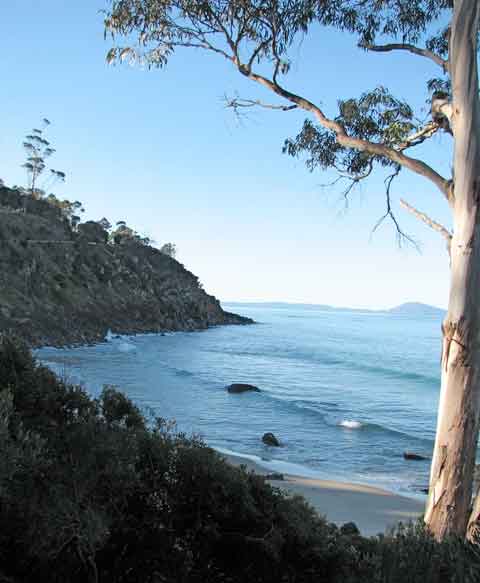 Over on the ever-changing and always spectacular east coast, it’s hard to look away from the water, with views like this. But at one spot near Swansea, my eye was taken by a sign on the landward side. 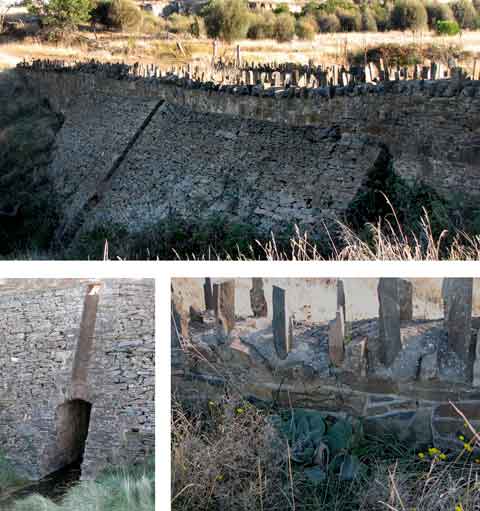 ‘Spiky Bridge’ it said. I thought about what that could be for the next few hundred metres, then did a U-turn and come back, knowing I’d be forever wondering if I didn’t. Only a little way off the road, the spiky bridge was exactly as it said — a bridge with spikes  on it.

Convict-built in 1845, it was broad and well buttressed, seemingly a massive amount of stonework for the tiny watercourse it bridged, but the steep gully had been the main reason. The spikes were vertical shards, rocks as are found on the beaches nearby, and they were set into the bridge parapets on either side.

The bristling tops look fierce, warlike, but intriguingly, nobody knows why they were put there, or on whose order. One theory is that they were to stop cattle falling over the sides.

The Spiky Bridge is not elegant or graceful like the Richmond Bridge, and although built later, it feels more primitive. It has a power about it; I see wild warriors in rough fur cloaks, a clatter of spears and shields as they rush across this bridge. It’s as if some echoes of an earlier age, of which there are so many in the British Isles, were transmitted through the convicts who laboured over it and perhaps had a hand in its design.