Rainbows are always a wonder and sunsets often are.

I don’t think I have seen them give a simultaneous performance before.

This occurred out west, after a storm. If you look closely you can see the fainter ‘double’ rainbow. 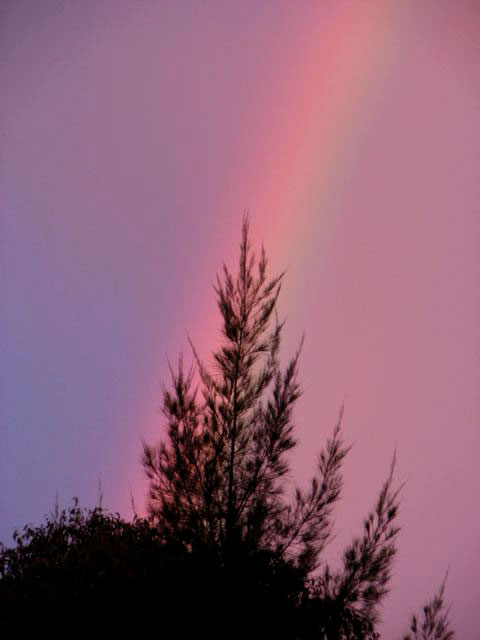 The colours were striking, especially since inside the arc of the rainbow seemed more pink than outside it, where the last of the day’s blue still held sway.

Perhaps I have been unobservant in the past but this seemed unusual, as if the rainbow was a solid hemisphere rather than an arc.

I never cease to marvel that nature is such a constant surprise and source of delight, free to those who think to look.