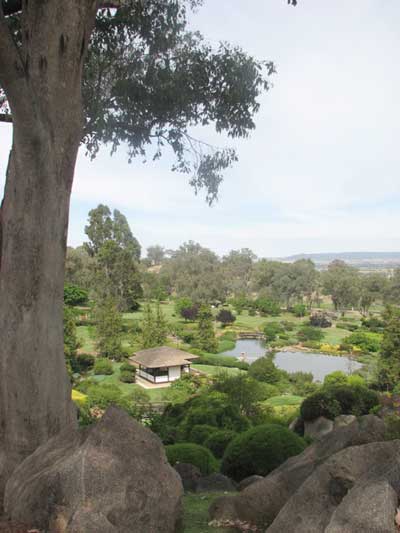 In western New South Wales there is a Japanese war cemetery and a Japanese garden, commemorating in different ways the Japanese World War II soldiers who died in Australia.

Here at Cowra there was a prisoner-of-war camp and in 1944 over 500 Japanese made a suicidal break for honourable release: 231 succeeded by death.

In after years the Returned Services League cared for the graves so well that the Japanese Government moved all their war dead on Australian soil to this cemetery.

Later Australian/Japanese joint efforts created a wonderful Japanese Garden, a botanical and meditative treat for visitors as well as a memorial.

The road leading up to the gardens is lined with cherry trees, and below each is the name of a Japanese soldier. 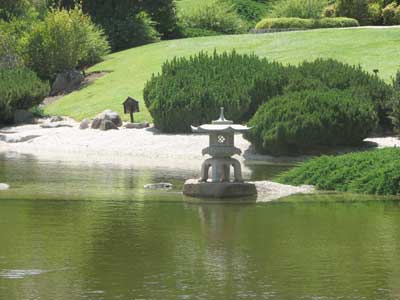 Australian and exotic trees, clipped, shaped or gracefully weeping shrubs, natural boulders and artificial pebble banks and beaches, set off the water that winds through the sloped lawns and gardens, resting in calm pools before rushing off in falls and streams.