As expected, when I returned from a few days away, the Willy Wagtails’ chicks were hatched and hungry. Silent though, unlike the demanding magpie baby in the tree near my bedroom. 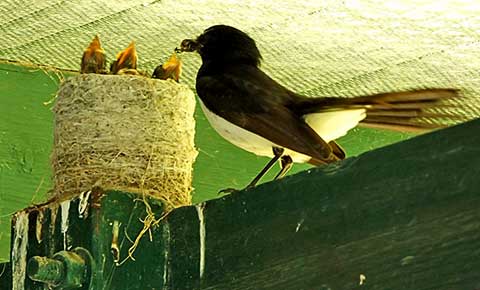 It was soon clear there were three little mouths to be stuffed, and given that they were constantly opening and shutting, I was amazed that the parents managed to get any food down those throats.

Both mother and father were finding food at frantic pace; sometimes the offerings seemed inappropriate, like a whole moth that the parent kept trying to fit in one after another of the tiny beaks. It failed, and flew off, I assume to eat the moth itself. 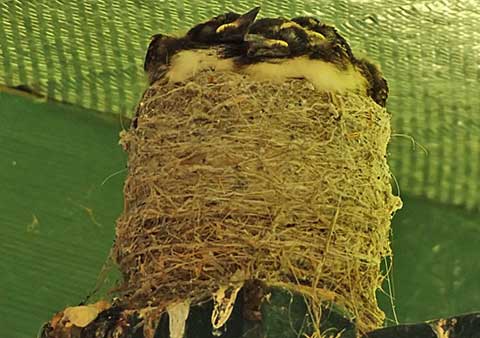 The feeding worked rapidly, the babies fattened and fluffed and soon were jampacked in that tiny nest. 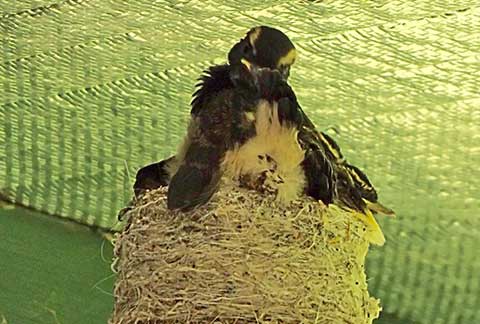 A few days later, it was clear that one baby was top bird; there is always one. This one began stretching wings, standing on top of the others, almost falling out.

Then came the morning when he stretched them so far that he did, landing on the timber and wondering where he was — and how far down he might fall.
At some stage he discovered he needn’t fall, as he could fly — and did.

It was a worrying time for the parents, trying to protect both the nest babies and the newly departed one. They were chattering warnings at me incessantly. And they were still feeding the whole three. 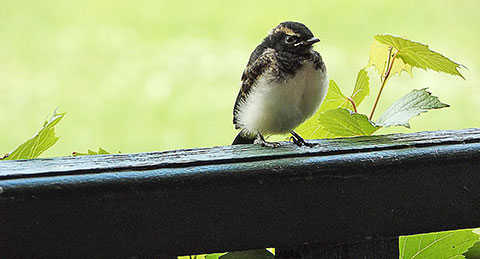 Next morning I spotted him in a ti-tree at the other side of the house, looking cold — and probably wondering why he’d left that warm nest. He went back to visit the neighbourhood but didn’t fly up to the nest. I was impressed that he’d found his way. 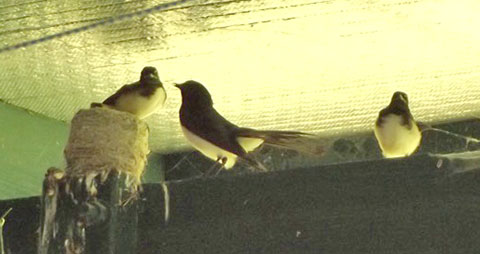 Then one more of his siblings made the break.

Mother tried to encourage the last one out of the nest, but no. So now the parents had three separate nursery sites. 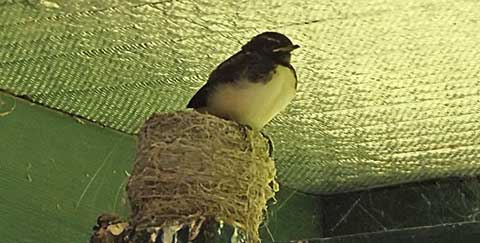 So at last the littlest of the litter had the nest to itself.

As night fell, I saw that the two braver ones had returned briefly to be near their sibling, to encourage, embolden?

‘Come on, you can do it; you just flap your wings and it works; you can’t stay there by yourself forever…’ 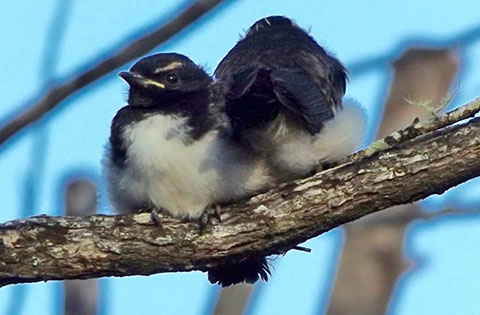 They were discovered next morning huddled together back on the same ti-tree branch. The night had been cool. 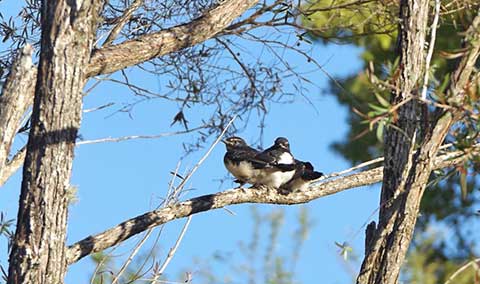 As the day warmed them all up, the last baby decided to join them. Given they were not vocalising much I am surprised that it found them. The parents were still keeping watch, and still feeding. 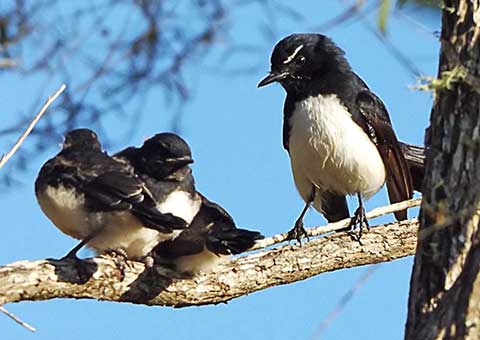 By mid-day the two bolder babies were flying and moving between ti-trees, especially as two honeyeaters were giving strong messages that this was their tree, causing much panicked chattering and swooping from the parents.

But the last baby clung to that branch despite all, looking frail and frightened. 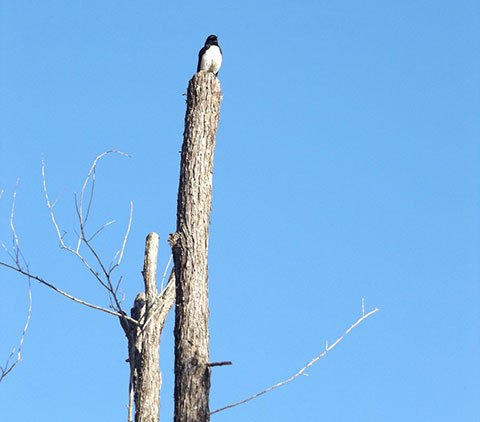