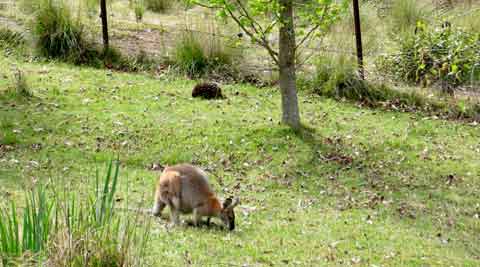 I see echidnas in the yard often; not daily, like the wallabies, but weekly at least. Sometimes there are two poking about, snouts down and separately. This particular day I had seen the bigger one down by the fence, minding its own business, as the wallaby was, one aerating the lawn, the other mowing it. 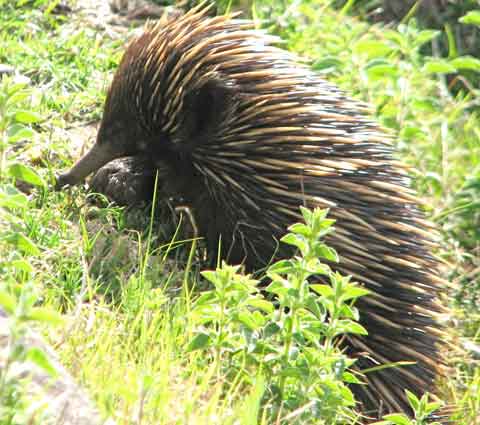 Then, as I went to sit on the step with my morning coffee, I saw a smaller one working its way up the yard towards me. Of course I put the coffee down, grabbed the camera — and waited. It was a very cute one, that looked even cuter as it climbed the stone steps amongst the oregano.

I think this was so because I rarely saw one in a vertical position, as if it were walking upright, and its spines looked more punk than usual. 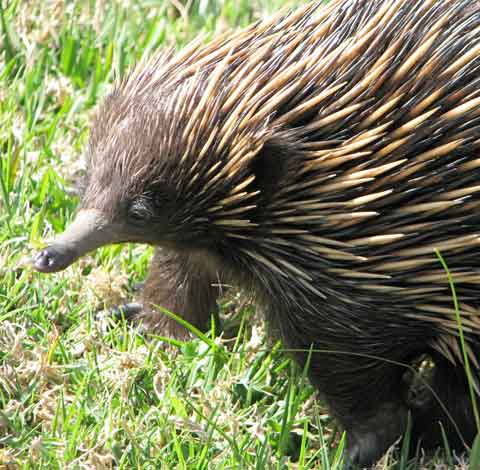 Reaching the top, it kept coming closer, pausing to push its nose into the kikuyu, which seemed to take some effort as it had to do a bit of a body wriggle each time.

It came so close I could see how the fur on its legs shone with health, how solid were the claws below, how the tip of its nose was damp and, most endearingly of all, how long its eyelashes looked. Perhaps they were its eyebrows?

They seem such solitary creatures. I’d like this one to come closer more often and perhaps become used to me the way the wallabies are. But the tiny click of the camera was enough to stop this one in its progress.

I’ll just have to forgo the photographs next time it honours me with such a close encounter.

4 thoughts on “A closer encounter”