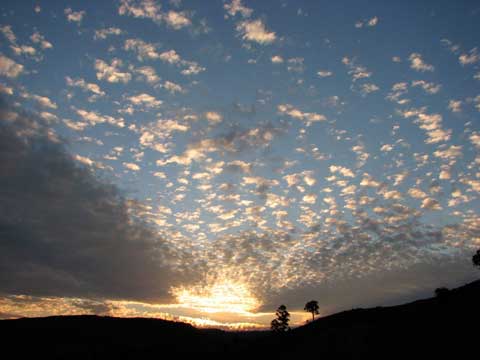 On Saturday Australians must vote for a Federal government — as if we didn’t all know, with the election campaign dominating our media ad nauseam.

Because we no longer believe what Labor or the Liberals say, in or out of campaign mode, it’s hard to care what they’re saying.

And neither of them cares about us — or else they’d be offering us real leadership and action on climate change.

Not perhaps a carbon crumb in 2014, Julia, and certainly not more funding for the dirty myth of clean coal — for God’s sake, Tony Abbott, go talk to the coal mining unions! Nobody believes in that any more!

On Saturday 21st will the sun set on a wasted day, or worse, an Abbott-win day? I wish climate change was crap, as Tony says, but what sort of system do we have where such a man might be ‘leading’ us into worse global warming and extreme weather events?

I’d like to see him tell the Pakistanis that their unprecedented floods are just a spot of wet weather. Where has the urgency for action gone? Into reverse. Carbon is still an OK product in Australia; we are even planning new coal-fired power stations and lots of coal mines to keep emissions up.

I can only hope that more people of conscience vote for those candidates of conscience who are un-aligned to Coal. This is especially critical — and achievable —  in the Senate, where they will have some influence.

To compare the parties’ climate change policies, go to this page on the Australian Conservation Foundation (ACF) website.

No prizes for guessing for whom I’ll be voting!

Voting for a minor party or independent is never wasted as your vote flows on at full value to your preferences if that candidate is knocked out, and then on to their preferences — and on. Major parties need to be kept? — or made? — honest; make your vote count by sending them a strong message that you’re not happy, so their primary vote has fallen.

Don’t forget that you can choose to allot your own preferences. I always do.

For the lower house you must number all the boxes in order of preference, that is, favourite to least-favourite. This ballot paper is green and smaller.

For the upper house or the Senate you can either put a number 1 above the line — in which case your preferences go to wherever that party or person has given them — or number every box below the line and allot your own. This ballot paper is white and large.