Don’t let them turn this 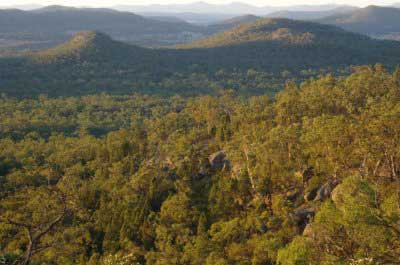 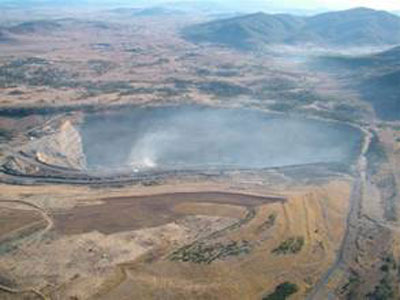 Next weekend, June 2 and 3, I’ll be heading to Anvil Hill near Wybong in the Upper Hunter Valley.

Centennial Coal wants to turn it into a monster open cut coal mine, 2000 hectares of it, destroying precious remnant valley floor woodlands.

I’ve seen it, and still can’t believe anyone would contemplate approving a mine in a place called ‘The Ark of the Hunter’ because of its rich biodiversity. But, having postponed his decision until after the election, NSW Minister for Planning, Frank Sartor, will be delivering it soon.

Local winemakers and horsebreeders don’t want this mine any more than the farmers or the environmentalists do. Lots of people from all over the state will be there this weekend too, to draw a metaphoric line in the sand and say to Mr Sartor, ‘No new coalmines’.

Check out the Anvil Hill Alliance for details like directions, special buses from Sydney and Newcastle on the Sunday, and bookings.

Coal is proven to be toxic for the planet: how insane is it to be helping fuel global warming, to the tune of around 25 million tonnes of C02 per annum??!!

And it’s immoral to say that if we don’t supply it to countries to burn for energy, someone else will. Peddlers of drug and nuclear weapons could say the same.

Saturday night we’ll see films about the global struggle against coal and climate change, eat great vegetarian food, listen to music, sit round the campfire and no doubt have passionate discussions, before snuggling into our sleeping bags.

Then comes the big message: at midday on Sunday June 3 we will form a giant human sign that reads ‘Save Anvil Hill’ .

We’ll be wearing blue, certainly no longer the colour of Upper Hunter skies, dust-laden as they are from the massive number and scale of open cut mines.

Come and join us in this family weekend with info and kids’ activities – after all, they’re the ones who will suffer most if Sartor keeps up this madness of fostering the expansion of the coal industry.

Let them know we want a clean green and clever Hunter Valley instead of the grey dustbowl it’s fast becoming – and a future for our planet.