I can’t recall how Pooh Bear’s macropod mother and child were allotted the names of Kanga and Roo, but here they are.
I saw this rather awkward drinking session on the bank outside a bedroom window.

It went on and on and on; he was a big and very thirsty Eastern Grey joey.

The mother was almost asleep; the was almost overbalancing on the slope, but he kept his mouth stuck right inside her pouch, latched onto that nipple, until he’d had enough. Or else his neck had. 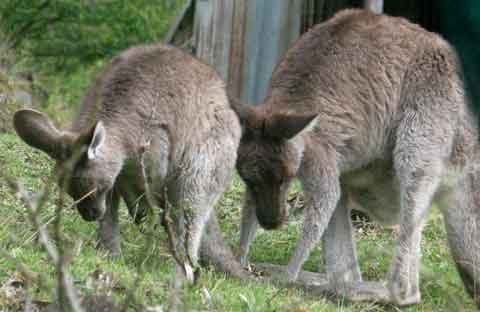 With a sigh, long-suffering mother and her sated joey immediately set to post-breakfast  ablutions, licking and scratching various parts. I’d say a nap was next on the list.