I have never had a waterbird on my shed roof, yet a few days ago this solitary White-faced Heron was using it as a lookout post.

A common enough heron apparently, but not here, not yet, to me.

The only water nearby is my rather pathetic pond-cum-drainage attempt. Could that be what had attracted him?

Yes. He floated down with those effortless large wings and began the inspection of possible premises. 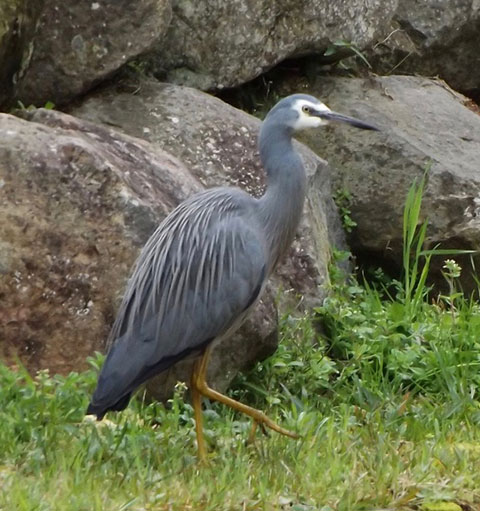 As he strutted along the perimeter of the ‘moat’, I had the chance to see what my bird book calls ‘the long grey nuptial plumes’ on the back. 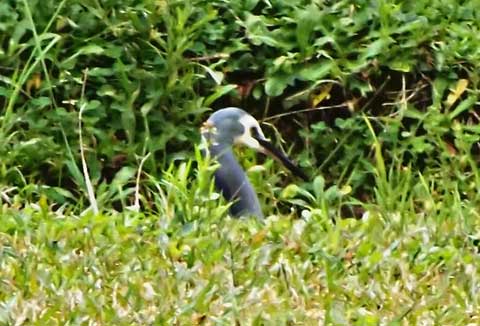 Then he hopped in and I could just see the head bobbing along, disappearing now and then as he poked that long beak into the shallow water. Scoffing tadpoles?

I was so pleased that a waterbird had found my pond, but assumed it was a fleeting visit.

Not so. Each day since, he has appeared somewhere in the yard, then perched on my verandah roof and sailed above my head down to the pond and its surrounds.