The first slime mould sighting in my new place. 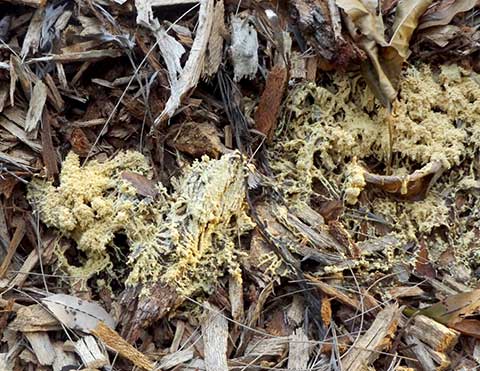 Filaments and networks forming a weird yellowish mass on the woodchip pile. 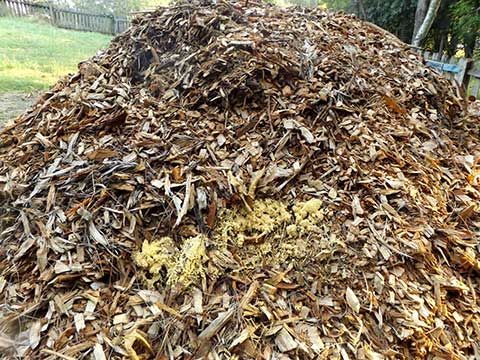 The colour caught my eye, but only after I’d been stopped by another more familiar slime mould nearby. 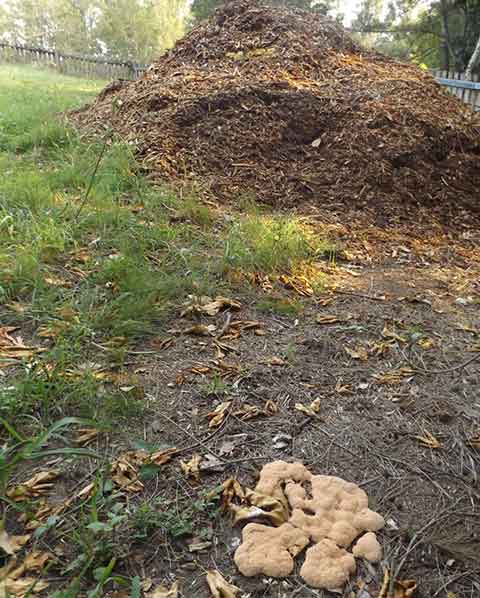 I think this is what is often called the Dog’s Vomit slime mould. 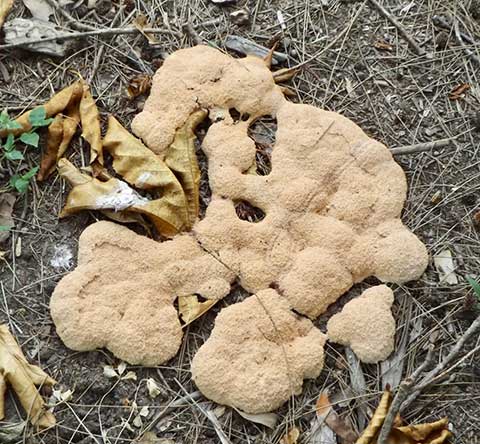 Slime Moulds are an extraordinary group of organisms called Myxomycetes — neither plant nor animal nor fungi. There are more than 1000 species of these ‘intelligent slime’ identified.

The species are all different, but all equally incredible. Nature at its most strange.

If you’ve never come across these ephemeral ‘creatures’, take a look here and here at my Mountain posts when I first met them, where there is more information and links. 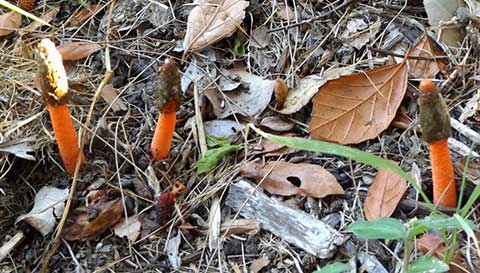 And then I spotted these.

Tiny orange fungi, sticks like popsicles with chocolate coated tops, albeit slimy ones.
Around them were dried-up versions of the same, so it seems they do not transform or open out.

I’ve been so focused on what’s in the trees here that I’d forgotten the secret surprises that can arise from the soil.