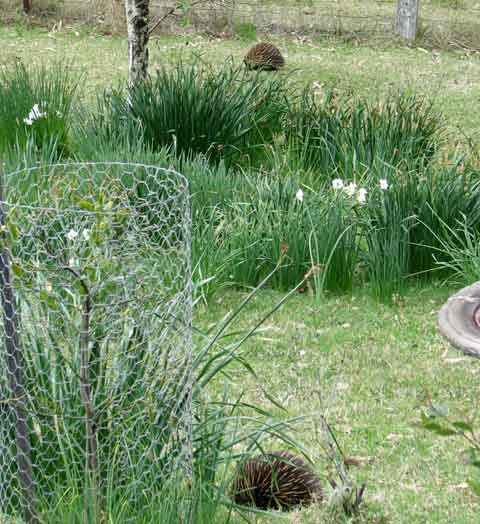 Through one window I’d been watching the smaller echidna poking about on fairly bare dirt, trying to get a photo of its rear feet, with the long extended claws. I didn’t manage to.

It headed downhill into grassed areas, so I gave up.

A little later, looking up from my computer and through another window, I saw it again, down by the fence. Only it looked different, lighter. Naturally, I had to go out and see.

It looked different because it was a different echidna. My earlier one was out the front too, also heading west, but closer to the house. 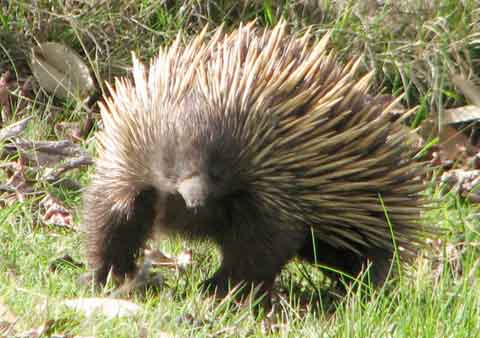 I recognised this bigger and beefier echidna as the one I’d called Blondie in another season when I also had two sharing the yard. The blonde and the brunette, I’d described them as then. I wasn’t sure if the smaller one was the same brunette, however. I really do need to get to know my echidna fellow residents better.

The animals that share my yard seem adept at minding their own business. It may be between different species, as with Blondie and a wallaby here — and notice how similar their colouring is. Or it may be within a species, as with my two echidnas.

They had kept their distance, each showing no sign of awareness or acknowledgement of the other. It crossed my mind that an encounter between them would be interesting — perhaps a very spiky business!