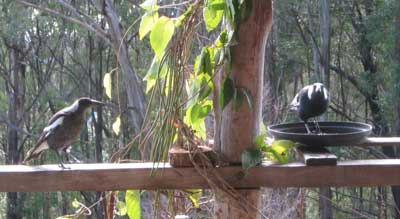 The last time I tossed some bird seed into the feeder, which was a few weeks ago, the teenage magpie kept his distance.

He stayed well past the post until the two older birds — much more smartly dressed — had eaten their fill and flown off. 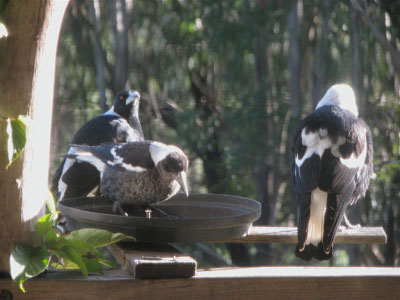 But this week he seemed to have been granted more privileges. Perhaps he’s turned the maggie equivalent of 18? Not quite 21, but considered semi-adult, his plumage still greyish-brown and less dapper, but he’s learning.

The two older birds took turns at eating and keeping watch, then remained on guard while the youngster hopped in with them and pecked at the leftovers.

When they decided he’d had enough, they took off. He only pecked on for a brief time before he followed — but perhaps they hadn’t left much!