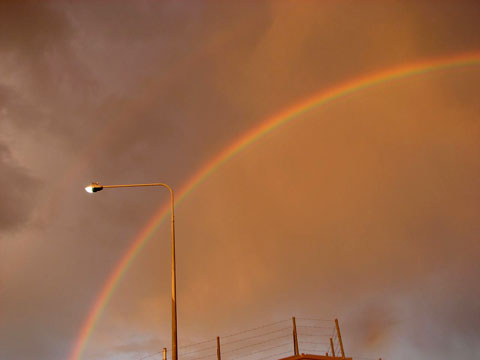 At Devonport, waiting to board the night boat, Tasmania farewelled me with rain, as it had greeted me a fortnight before, then withdrew its forces to the now familiar lowering dark clouds over its mountains — and turned on a perfect double rainbow. Day or night, Tasmania, your wild skies have won me. 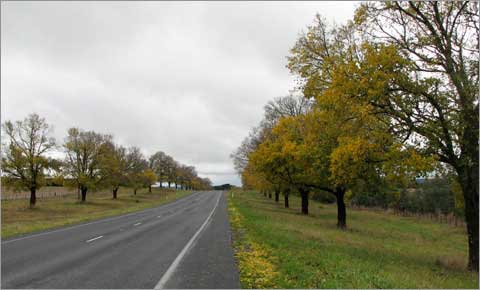 In the Macedon area of rural Victoria, where I had won a three-week writers’ residency, it was colder than Tasmania, and the long low clouds often found it hard to lift off the land.

I had missed all the showy Autumn reds and burgundies, but it was still more autumnal — and European — than I’d experienced.

Roads were lined with elms that had dropped the top half of their yellow leaves to carpet the road edges, but held them on the lower branches — as befitted the cusp of winter.

I loved that so many fallen leaves were yellow, not brown. I had thought they died — ‘sere and brown’ — before they fell off the twig, if you’ll pardon the pun. 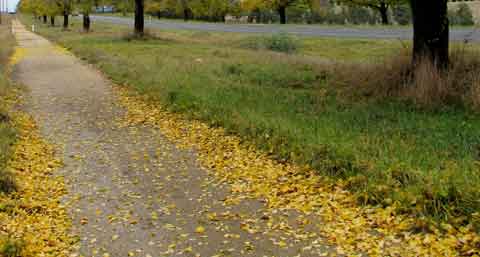 The bicycle track that ran beside this road was thickly edged with the clear bright  yellow leaves, saved by the grass from being scattered to and fro by the winds. 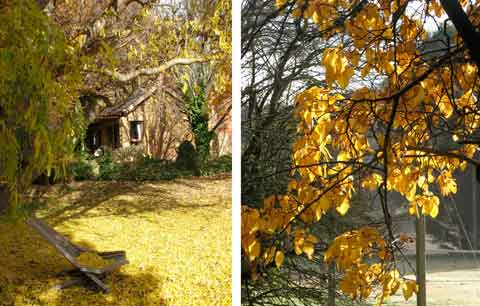 At Rosebank Cottage, the tortured willow filled the lap of the forgotten summer chair with pale lemony gold, and generously strewed it over the lawn. The quince leaves hung on to glow a deeper yellow. 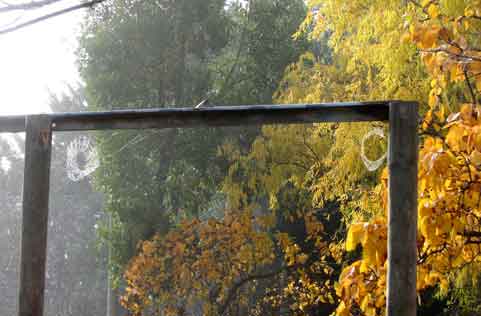 In the morning fogs they joined forces to catch the first of the struggling sunlight, steal it from the rest of the cold and dripping garden, and warm the spiders in their webs.