Where I had lived for the past 4 years it had rained a lot — and very often only there, in that exact part of this spectacular valley, while adjacent areas missed out. 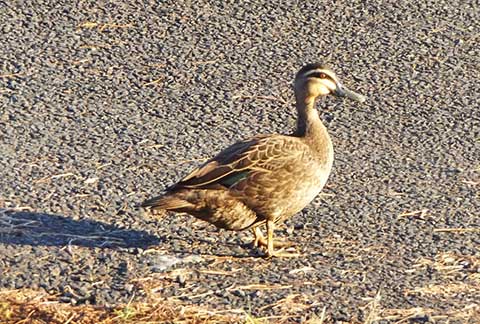 Where I live now has been hanging out for some of that rain, with the ponds almost dry and even this sole duck wandering the roads looking for wetter pastures. 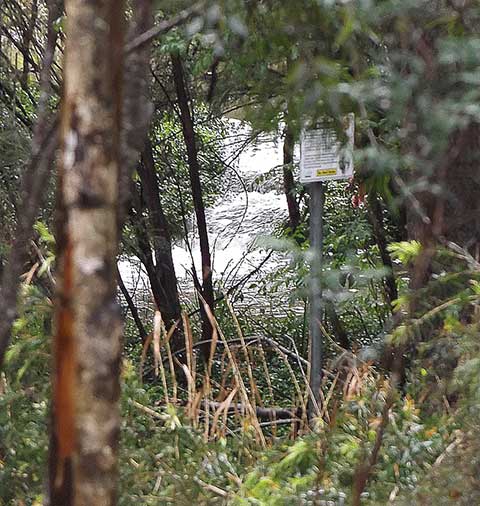 But after a week of wet days, some deluges and much drizzle, the wetlands flood mitigation works below my place is roaring with white water, the channels are overflowing and smoothing pathways through the Wandering Jew ground cover that dominates. 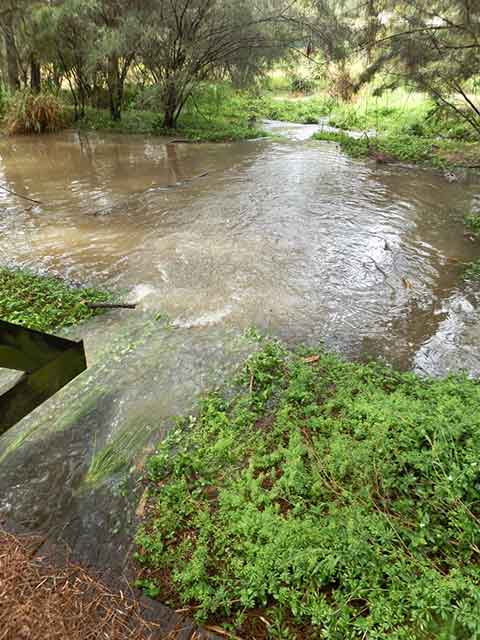 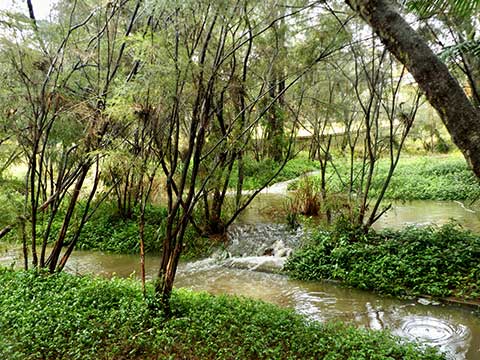 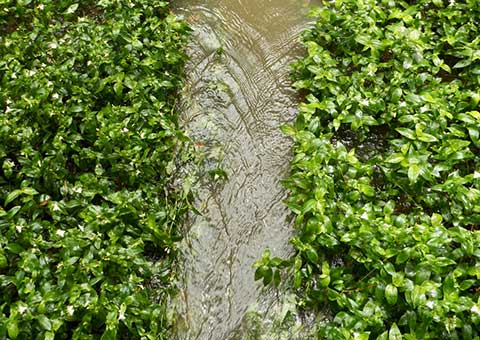 This makes beautiful patterns with the water — and can be forgiven for the moment for its invasiveness. 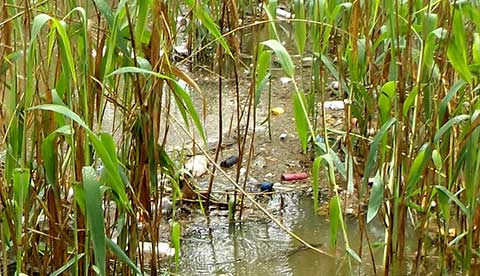 Not to be forgiven are the tides of plastic rubbish waiting to swell and overflow their pools. 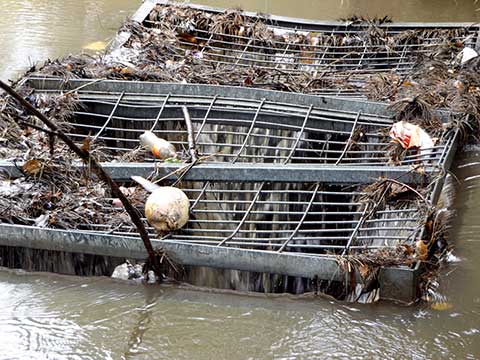 Waiting to catch them is this steel rubbish trap, through which the water pours, into the stormwater drain that runs under the road to the next creek. These traps are why my house will hopefully not be flooded ever again, as it was in the 70s, long before these water works were undertaken and the forest planted around them. 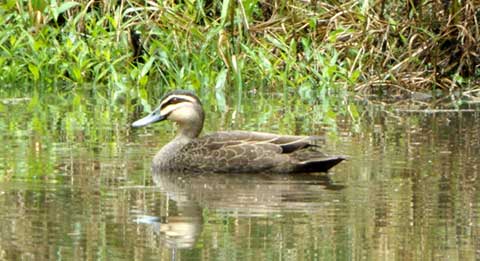 The solitary road-running Black Duck has found the freshened and filled ponds, but so far no other water birds can be seen.

Having just watched some of ‘Drowning in Plastic’, a BBC series on our appalling plastic waste and what it is doing to our waterways and water creatures, I am aware how lucky we are to have those traps to stop even this amount of plastic heading down to the Manning River and out to sea