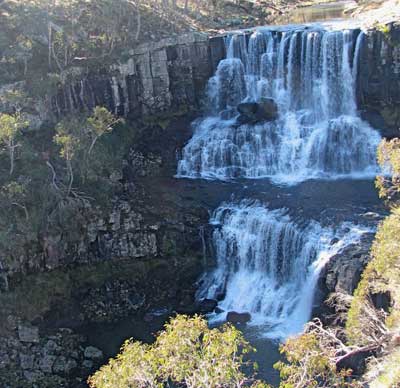 Along the aptly-named Waterfall Way from Dorrigo to Armidale, there are plenty of opportunities to experience really wild country in several national parks: rugged escarpments and gorges, deeply incised rivers and breathtaking waterfalls.

I stopped first at Ebor Falls in the Guy Fawkes River National Park. It was still early in the morning so most of the gorge was in shadow. 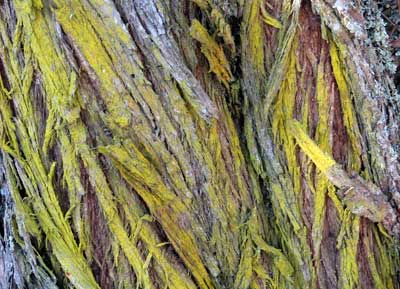 Some of the tracks were closed; it was plain that the strong winds and heavy rain in May had uprooted many trees and caused slips that would take a long time to fix. But the high altitude was already evident in the vivid lichen on the bark of trees, so vivid that I had to look twice to be sure it wasn’t out of a paint spraycan. 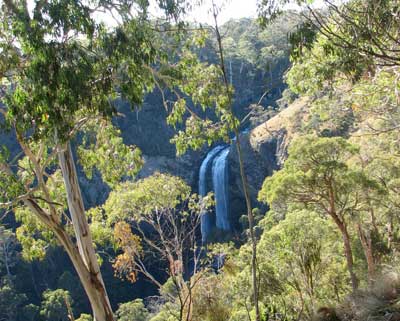 As I don’t like heights I found myself walking with my body on an angle, sloped well away from the lower edge – and the ravines below. I was imagining crumbling edges and slipping feet, trees and rocks – and bodies – tumbling to the silver strip of river at the bottom of the gorge.

I can recommend a terrific little book by Roger Fryer, called Wildlife and Wilderness in the Waterfall Country as guide and background information for anyone going through this whole wonderful area. It’s available from the CSIRO (at the special price of $19.95 until mid-July, regularly $29.95)