A day that began like this could have rested on its laurels, but it went on to offer me a range of unexpected treats. With my current intense writing regime, I only look outside when I am distracted by an odd sound or peripheral sight. 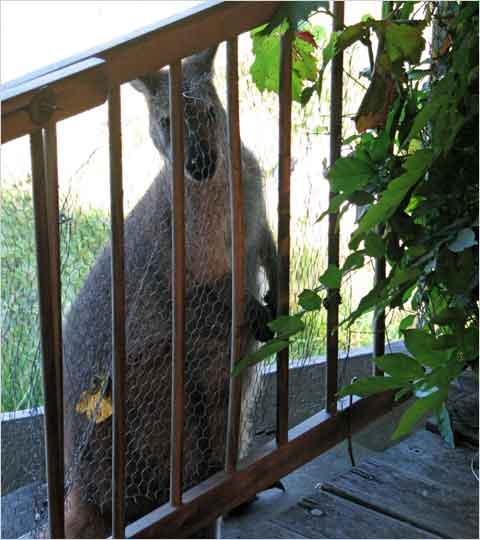 This day I heard a thump, and then rustlings from the verandah. I looked up. The grapevine began to move, and it wasn’t from a breeze. It was being tugged, hard. Leaning  to peer further out the window, there it was, on the steps, at the ‘gate’, my bold young wallaby friend.  ‘Anybody home?’ she seemed to be saying. 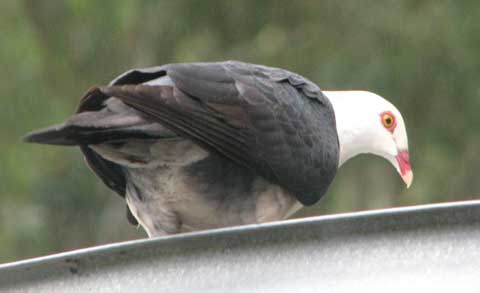 Later that day, I’d heard an odd low sound, repeated several times. It sounded a bit like a gently-booming night bird of some sort. I’d left the desk and walked outside, but saw nothing unusual.

Then, perhaps an hour later, from my bedroom I heard unfamiliar clicks; they didn’t sound like magpies walking on the roof.

And they weren’t. It was a lone White-headed Pigeon, a rainforest bird, drinking from rainwater pooled on the top of my drinking tank. Isn’t she elegant?