On a recent damp day, as the wallabies grazed past the house fence, one female seemed to have a light stripe across the nose.
They have a whitish stripe on their cheeks, and this can be more distinct on some than others, but I’d never seen a horizontal stripe.

Was it a scar, or did I have a variation on the breed of red-necked wallaby? 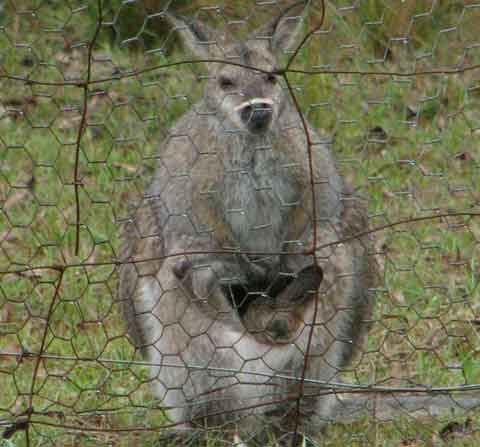 After watching for a while as she fed and bent up and down and scratched and twisted about, I fetched the camera to zoom closer and try to determine if it was a scar or no.

Closer still, it was revealed as a dead leaf — a damp dead leaf, pasted firmly across her nose by the rain.