When you finally settle on your piece of rural paradise, build your home with your own hands, landscape your gardens and get to know the wildlife neighbours– you expect to enjoy the peace and quiet for the rest of your lives, right?

Wrong, if there’s coal in the area. 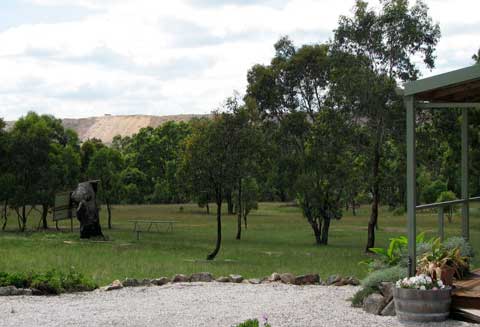 North of Mudgee, NSW, I recently visited such a home. It now has a new open-cut coal mine as a neighbour that can’t be ignored. That huge wall of overburden (the dirt and rock they dig up to get at the coal) is just 400 metres from their house, rising beside the small creek in the treeline. You can just see the top of one of the giant trucks operating there.

The dust is a constant problem, and so is the noise. When I was there it was like standing in Marrickville, Sydney, right under the flight path —only the traffic was non-stop.

A rural dream turned into a nightmare — and they had no say in the matter. Selling to the mine is their only option, which is a Clayton’s option as they didn’t ever want to move. They still don’t — but how long they can stand this is in doubt.

I travel south to see another mine in the region, down a pot-holed dirt road with mine vehicles hurtling along it at speeds that make me pull over to get out of the way.

Here the coal heap happens to be on fire and the giant excavator is biting into it and dumping burning heaps into the dump truck. If you have ever seen one of those mammoth yellow trucks, which looks like a toy here, you can get some idea of the size of that excavator.

Along this road there are no longer any signs of human habitation or usage, no houses or farms, just huge Transgrid towers straddling the landscape on one side and huge machines disembowelling the earth on the other. 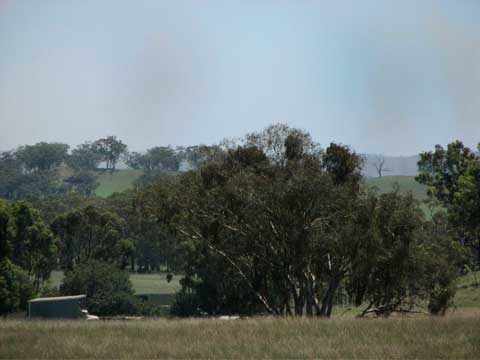 I leave the mines behind and head down a dirt road in what seems a green and still rural valley to find a spot to have my picnic lunch. It is quiet enough, but then over the green hills I see dust rising; I have not gone far enough to escape the effect of the open-cut, although the mine would probably have classed this valley as beyond its ‘area of affectation’.

The more coal mining areas I visit, the more horrified I am. Rural people do not live in the lucky country any more. Even if mine-free now, over the next hill drilling could be going on for their worst nightmare to come tomorrow.