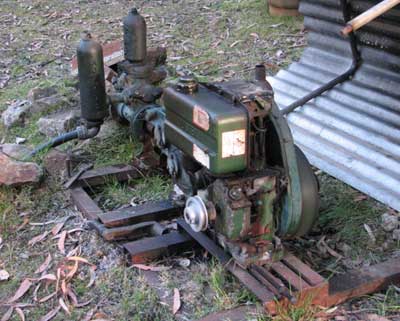 Being hopeless with machinery, and living a long way from town, I treat any mechanically-minded visitor as a precious opportunity. There’s always some collection of moving metal parts that’s refusing to function. This time it was my pump.

I’d excused it slowing down a bit, given that the old Ajax and its partner, the Lister diesel engine, were getting on.

For nearly 30 years they’ve squatted over by my dam, ready to be cranked into action at three monthly intervals, and pump steadily up to my cement tanks on the ridge — 200 feet of head. The faithful pair would work continuously for 24 hours without complaint.

The Lister had been overhauled once, and the Ajax had its leather seals replaced once — but not by me. 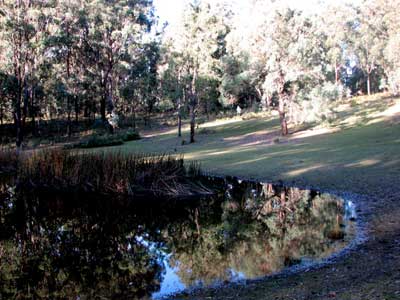 All I knew was that the float in the dam was now barely moving, when it used to bounce at each tug of the suction from the pump, and that it took three days to fill the tanks last time. Given that I had to keep walking up the hill to check the levels, my arthritic knees were not happy.

So the pump needed attention and was finally about to get it. I had the kit of new seals, etc; my son-in-law brought his toolbox, his male muscles and his mechanic’s mind.

I suggested spraying some WD40 on the parts to be parted, as they’d doubtless be most reluctant after such a long time. He walked over to do that, planning to leave it work while we had coffee.

He came back. ‘I don’t think I’ll be working on the pump today,’ he said. ‘A big black snake — six footer at least — just went under it.’

‘Oh, it won’t be there long,’ I assured him. ‘It’d just be hiding from you. It’ll be gone by the time we have coffee.’

Only it wasn’t. It had wedged itself very discreetly under the metal angle strips on to which the pump and engine were bolted. I wouldn’t have known it was there. We tried stamping on the ground nearby, slooshing buckets of water from afar. It didn’t move.

‘Maybe it lives there,’ said my helper.

‘Oh no, it can’t! This engine make a hell of a racket. And besides, I kneel down right beside it to start it — surely I’d have seen it — wouldn’t I??’

(The thought of past or future secret snakey proximity was horrifying!) ‘We’ll have lunch: it’ll be gone by then.’

Only it wasn’t. Nor by afternoon tea time either.

It was only as he drove out, taking his tool box, his male muscles and his mechanic’s mind with him — that we saw that the snake had departed.

2 thoughts on “The perversity of nature”