Last Saturday, 16th March, 1000-1500 people (depending on which media you follow) walked the main streets of Newcastle, already the world’s largest coal port, to tell the government what they think of the idea of a fourth coal terminal there. 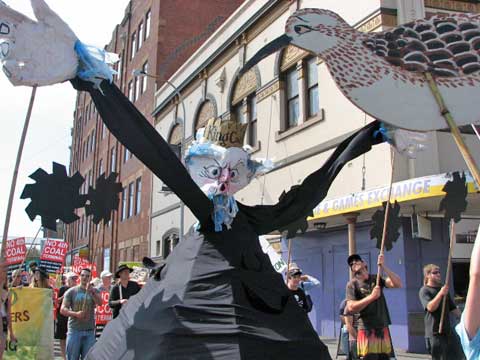 With the evil King Coal puppet looming over all, people from the Gunnedah, Mudgee, Gloucester and Hunter coalfields joined residents of suburbs along the coal rail line and near the coal terminals. 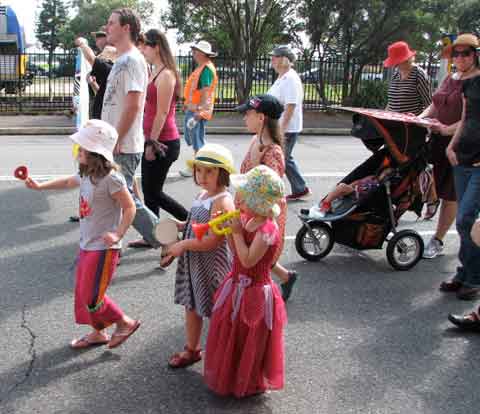 In the 1960s when I first came to Newcastle for university, it was a foul industrial city. BHP closed and the air cleared over those grimy, gritty suburbs like Mayfield, Wickham and Carrington. Young families moved in and began renovating the cheap and often charming older houses.

Nobody expected Newcastle to begin regressing, but as the coal stockpiles grew and the coal trains increased — neither being covered — so did the pollution and the health risks. This is especially so for children and there were many parents and young children at the rally.

But there was a wide spectrum of age, sex and even species! 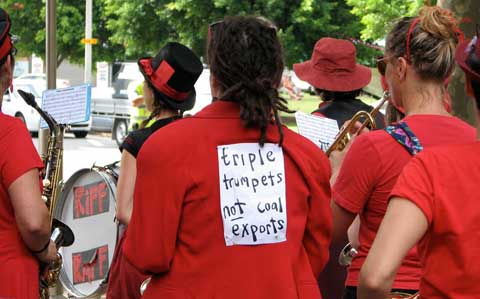 The Riff Raff brass band kept the mood lively in between the chants. The consistent message, during the march and in the rally and speeches afterwards, was a resounding ‘NO to T4’ — and all the new coal mines that would rise to service it and all the global warming the increased coal exports would fuel. 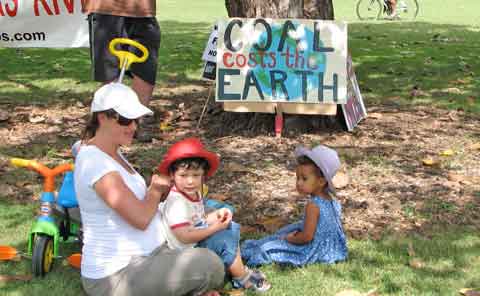 In the end, the message is simple, on so many fronts, and it’s one I have on my car: COAL COSTS THE EARTH.