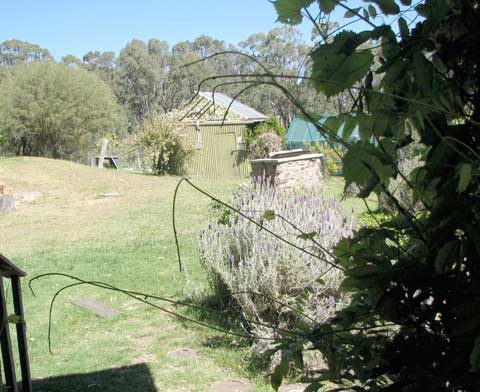 Spring is a really risky time to leave the property for any length of time. And it’s not only that the animals think they can step in and lay claim to my apparently unoccupied place.

This time it was the verandah vines, the wisteria and the ornamental grape — which had decided to join forces and extend their tentacles to block my entry. 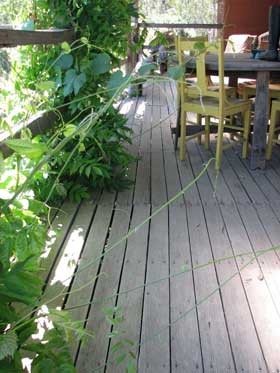 Even when I’d got past those on guard at the top of the steps, it was clear that those on the verandah proper had already reached halfway towards the door.

They had claimed the table and chairs as the interim prop and were looping around each other for strength to continue their horizontal attack. I dare say they were most frustrated, after all that effort, at my insistence on re-looping them back to the railing edges.

They can confine their adventurous tendencies to heading for the roof – where they’ll get a shock because I’ve removed the guttering. What will they block now?

8 thoughts on “While the woman’s away…”